Going after Elon with a cattle prod 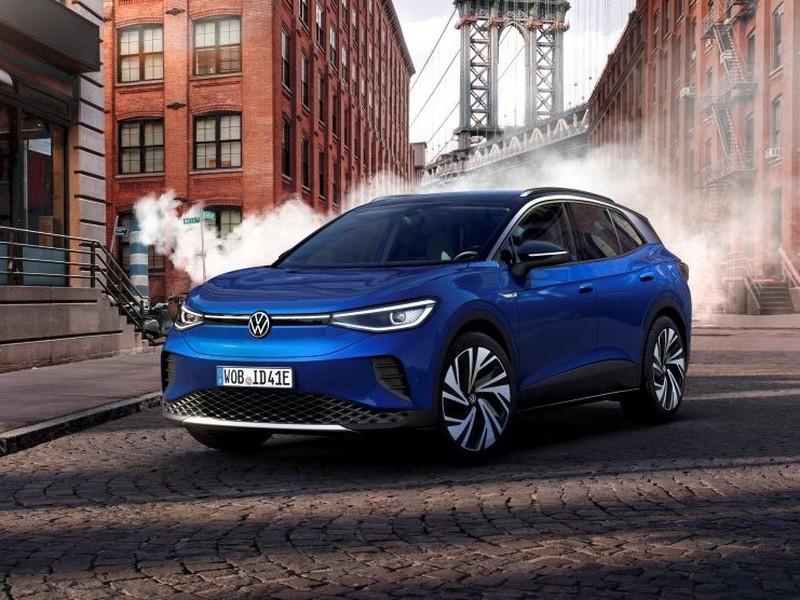 It's not exactly sexy, but it's what the masses want.

There's no question Tesla has mad market share when it comes to EVs. They dominate sales with about 60% of market share in the U.S. That's a staggering figure that any automaker would kill for. Well, that grip might not hold much longer if VW has anything to say about it. The German automaker just threw its EV hat in the ring with the first of its electric vehicle tsunami, and it's called the ID.4. 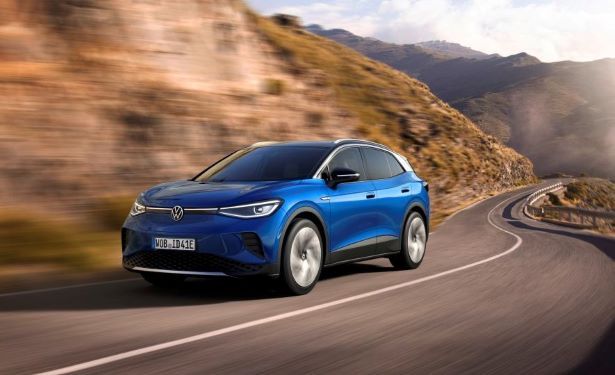 If the ID.4 drives like VW's should, expect great road carving manners.

It's no secret that the Tesla Model Y is selling like wheeled iPhones, and VW wants a piece of the pie. They might just have the right vehicle to do it, too. The ID.4 will be followed by the ID.3 hatchback, I.D. Buzz microbus, I.D. Crozz crossover, I.D. Roomzz 3-Row SUV, and the I.D. Vizzion luxury sedan. By 2023, Volkswagen says it will have spent $30 billion on its EVs. VW's goal is have EVs account for 40% of its global sales by the year 2023. How the ID.4 is received will say a lot about these ambitions.

It's Well-Sized and Efficient 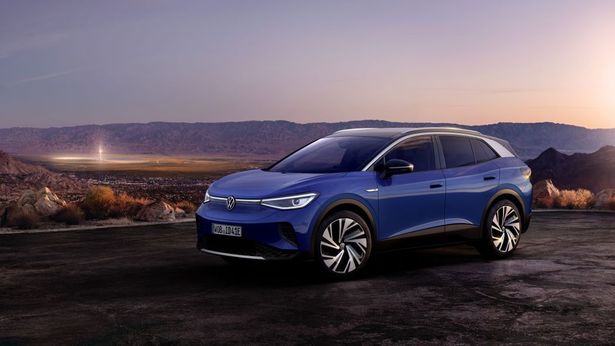 The ID.4 won't break any efficiency records with its 250-mile all-electric range, but it's also no slouch. The key here is that it's not too far off the mark from the Tesla Model Y (about 41 miles shy). The base ID.4 gets a 82-kilowatt-hour lithium-ion battery pack and an electric motor over the rear axle. It churns out 201 horsepower and 228 lb-ft of torque to the rear wheels. There will also be a dual-motor, AWD version later with 302 horses. The ID.4 will also come with three years of free charging on Electrify America network. 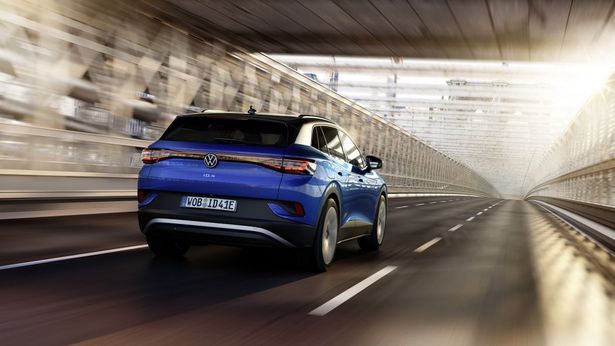 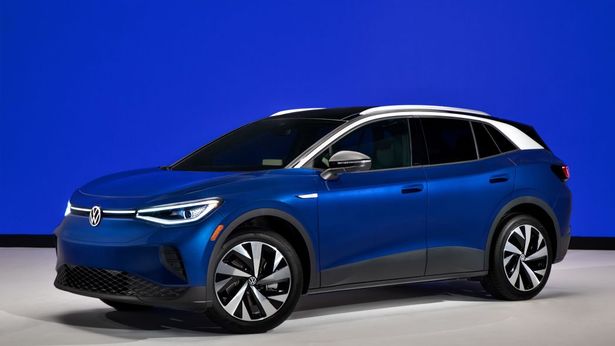 While the ID.4 won't win any beauty contests, its design was meant to be clean an unobtrusive both inside and out. The design centers on minimalism, and the look is fluid from tip to toe. The front fascia utilizes numerous LED elements, a solid grille, and full-width lighting. There'a single body crease that leads to the full-width taillights at the back. Rather than pie-tin aero wheels, the ID.4 you see here gets rather attractive 5-spoked alloy versions.There's also a contrasting roof with a full glass panel that extends the full length of the greenhouse. 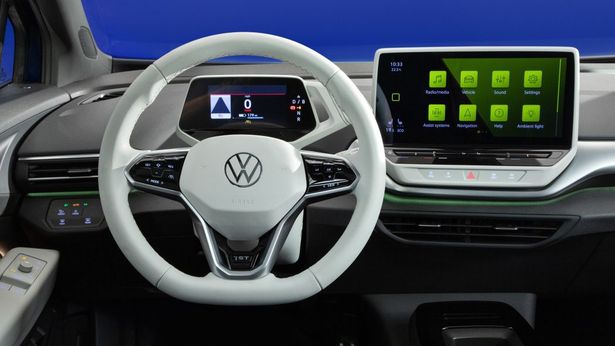 The interior looks is much the same. The ID.4's cabin is much cleaner than previous VWs. There's a handsome three-spoke steering wheel with the revised VW logo front and center. Peeking through is a horizontal digital instrument cluster that eschews the complexity of huge digital screens today. The interesting gear selector protrudes from the screen's frame rather than being situated in the center stack or center console. The infotainment screen sits atop the dash and shows clean green screen icons nodding to its enviro-leanings. 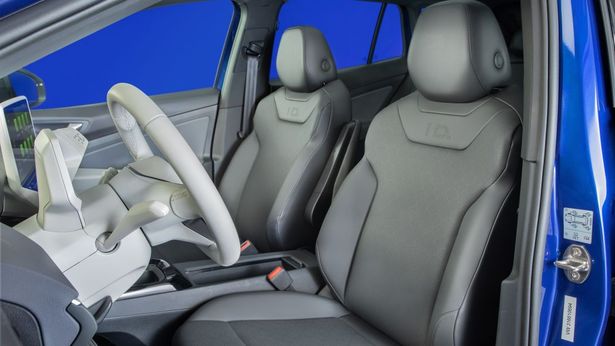 A first, as far as we know, is the two window switches that operate the front and rear windows. That's right. You depress a "REAR" button to raise and lower the rear windows. The point was to reduce the number of buttons in the ID.4 for a cleaner look. We're not sure how we feel about this since it only reduces the number of buttons by one and adds a step to the process. Original but not brilliant, we say.

Will Buyers Flock to the ID.4? 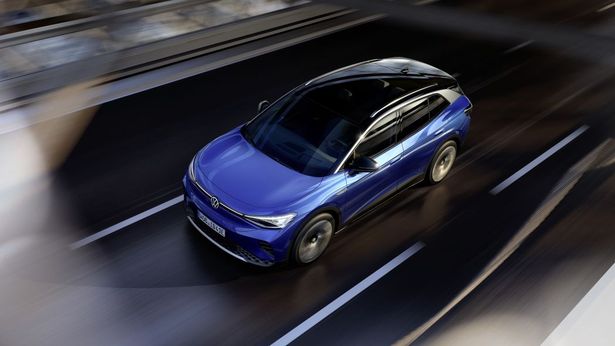 Although Telsa is crushing the competition with the 3 and the Y, VW might just be hitting the EV sweet spot with its more affordable price point. At just under $40K and with the government tax credit of up to $7,500, it's hits well under the $37K average new car price. Tesla no longer qualifies for the federal tax credit since it expired in January of this year.

The ID.4 will gain 33 miles of range per hour of DC fast charging. A 125-kilowatt charger will juice the ID.4 from a 5% battery level to 80% in only 38 minutes. Level 2 charging (standard home or public chargers) take 7.5 hours. That's on par with the Tesla Model Y single motor model. VW also says it will drive like a nimble GTI hot hatch. That, and the ID.4 is significantly larger. 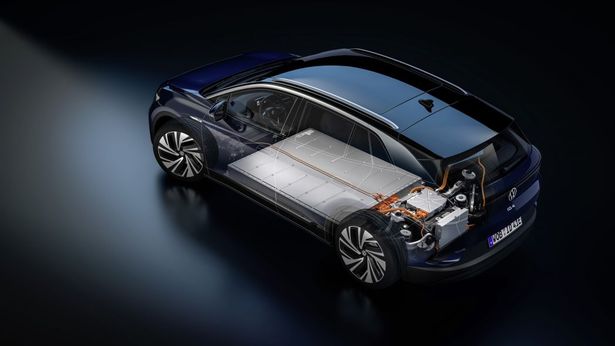 The special First Edition ID.4 is a launch model that will cost a bit more than the base model. At $43,995, expect the First Edition models to be delivered by early 2021, while base RWD Pro models will be delivered by mid-2021. First Editions will get adaptive headlights, a fixed panoramic roof, 12-way power front seats, 20-inch wheels, a black roof and black mirror caps, silver roof rails, power folding mirrors with puddle illumination lights, special emblems, and Electric white cabin trim.

You can even reserve your ID.4 (First Edition or Pro) on the Volkswagen site. All it takes is a $100 refundable deposit. It's exciting to see that another legitimate contender in the EV push will hit the streets very soon. We can't wait to get behind the wheel.