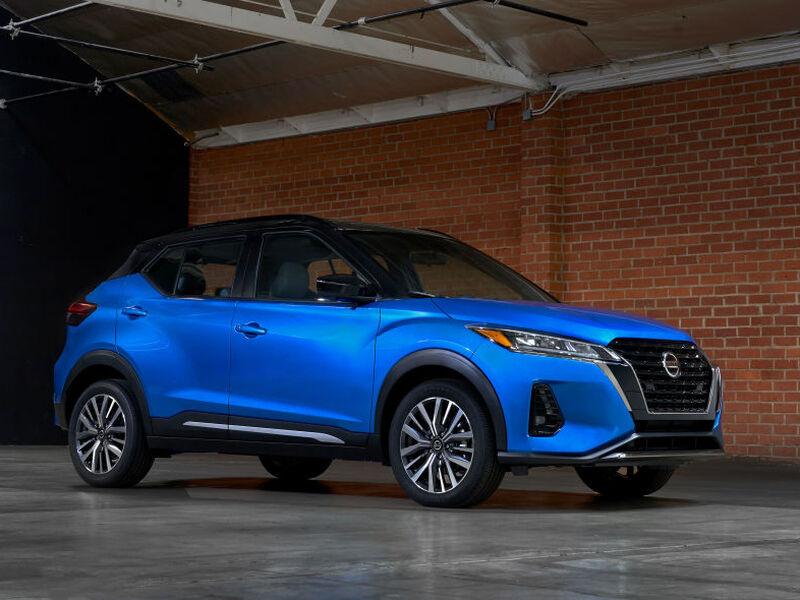 The updated Nissan Kicks just bowed this morning, and it's not surprising that the brand gave it a bolder look that's sure to get more attention. If you didn't know, the Kicks bowed a couple of years ago as a replacement for the quirky (but more interesting) Juke. Part of the problem (at least for us) is that the Kicks doesn't even offer all-wheel drive, so it's not exactly a replacement for the Juke, which offered it as an option. The revised Kicks, however, has a better-looking front and rear while keeping the same body. 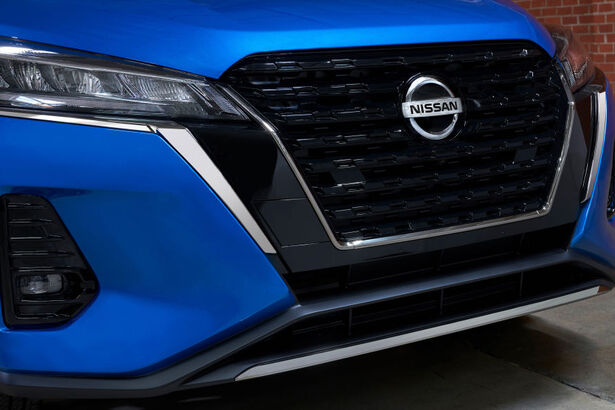 The first thing you notice is that the grille is bigger (really, no one is downsizing grilles anymore). The front fascia is more angular, including the headlight shape and the foglight housings that look like vents. The Double V-Motion grille has sharper corners and is both taller and wider than the version on the outgoing model. What it does, effectively, is make it look more like an SUV, which it is obviously not. Nissan thinks this will help sales, which it will, despite the facts that it's already selling well and doesn't have all-wheel drive. How easily American car buyers are deceived. Or, we're just easily persuaded. Or both. 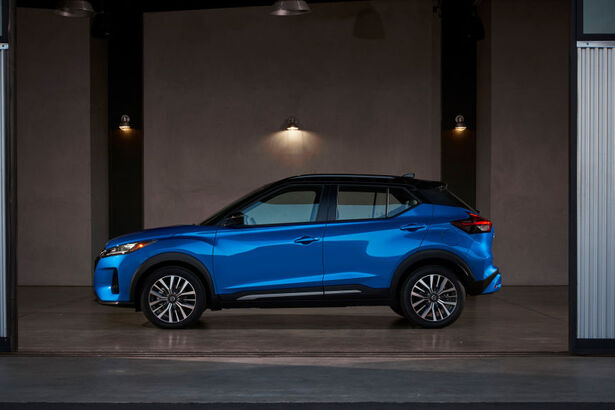 The back end essentially has the same taillights, but now there's a full-width LED light bar that connects the two outboard units. It gives the back end a bit more presence and width. There's also a new faux diffuser that's clearly cosmetic. Of course, Nissan loves floating roofs, so that's still present, giving the Kicks a lower appearance and a bit more pizzaz than just a monochromatic paint scheme would. 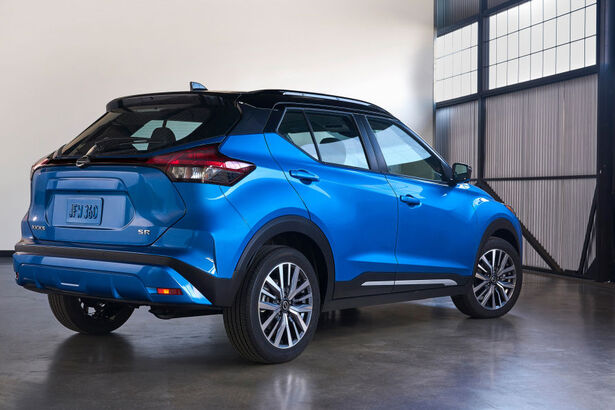 We wouldn't call it a dramatic refresh, but it helps the previous rat

While the interior remains largely the same, there are some important improvements like a standard 7-inch touchscreen and a real center armrest compartment (the current model doesn't have one, but you can purchase a drop-in version from Nissan). For SV and SR trim levels, there's an upsized 8-inch touchscreen (yes, a whole inch!). All Kicks also now come standard with Apple CarPlay and Android Auto. In certain trims, you can get optional Wi-Fi.  The SR trim level here shows new fabrics, giving the Kicks a more upscale look. Nissan states that in SV and SR trim levels, both seat and door trim fabrics get upgraded. 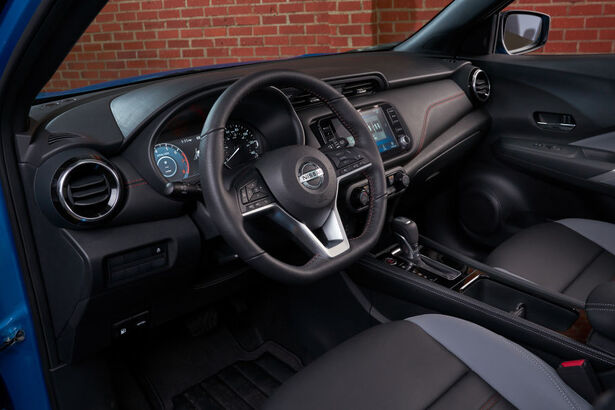 There's no news in terms of the powertrain. The engine is still a 1.6-liter four-cylinder engine that makes 122 horsepower and 114 lb-ft of torque mated to a CVT (Zzzz). We are happy to report that the Kicks now has disc brakes all around (they used to be rear drum brakes), so stopping distances should improve, as well as brake feel and progressiveness. There's also a new, convenient auto-hold function for traffic lights, and the Kicks also benefits from adaptive cruise control on the SR and SV. 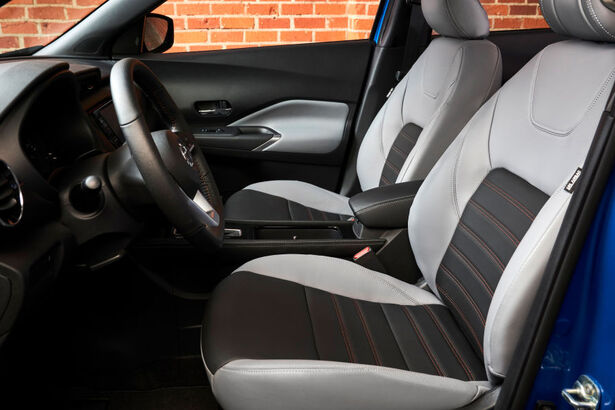 Two-tone seats with a third color for stitching make the Kicks SV and SR trims a bit sportier.

What the Kicks doesn't get (and we didn't expect it, anyway) is all-wheel drive, not even as an option. We just don't get it. More and more crossovers don't even ride that high and only have front-wheel drive, which means they're not really crossovers. The SUV part of the crossover is in looks alone. The bigger grille on the Kicks and the visual upgrades inside mean that consumers care less about being practical and more about appearances, or at least that's what Nissan thinks they want. We don't doubt it.

With vehicles like the Kicks, the Kia Soul, and the Hyundai Venue, it's obvious consumers are ok with SUV-like appearances with none of the SUV practicality of a high-riding vehicle and foul-weather traction an all-wheel drive powertrain provide. It's the way of the world right now, but we are unwilling participants. We're sure the new Kicks is better, we'd just rather have an all-wheel drive, stick shift station wagon.