One of the best gets even better 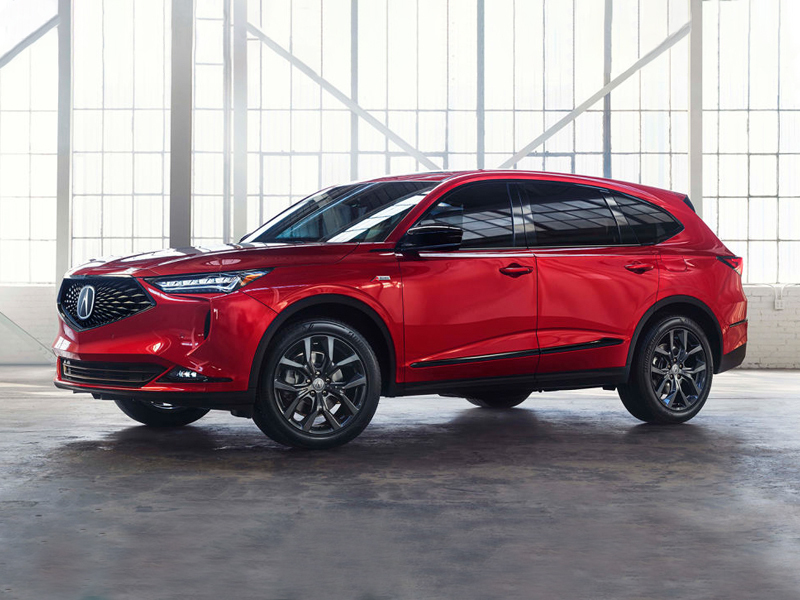 The MDX is packed style, power, and technology.

The Acura MDX has been a huge hit for the brand ever since its introduction in 2001. Every generation has improved on the one before it in significant ways. The 2022 Acura MDX has finally been unveiled, and from what we can tell, it's another huge achievement for the brand. But the competition is fiercer than ever with the likes of the new BMW X5 and Cadillac XT6. While the uninitiated might not see much of a difference between the new model and the outgoing one, the 2022 MDX is completely new. 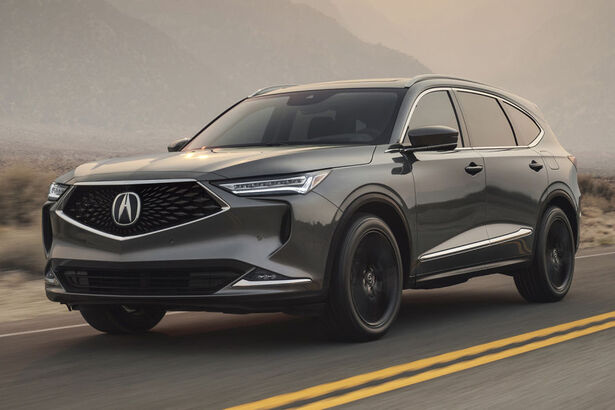 It appears that the new MDX ups the ante in just about every capacity.

Sure, the current MDX is a handsome SUV, but it lacks the kind of premium exterior styling drama that vehicles like the BMW X5, the Lexus RX 350, and even the far less-expensive Mazda CX-9 have. That all changes with the new MDX. Not only does it grow in size, but the styling also has more sinew and creasing from tip to toe.The diamond pentagon grille's edges get pushed out, the headlights are thinner and longer, and there are new intakes in the front fascia. Even the foglight housings are drastically different with triangular units in the lower fascia compared to the current model's vertical setup. 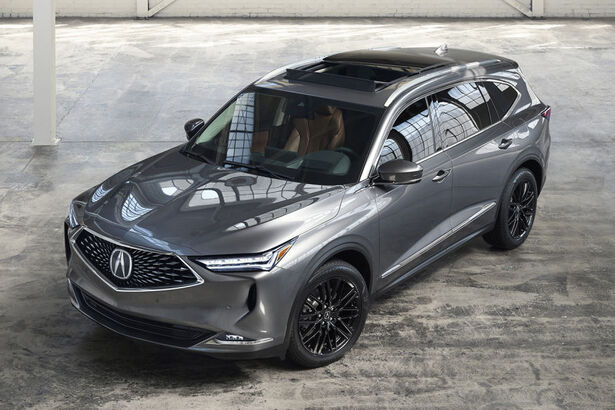 In the back, the new MDX adopts the chicane-style taillights of the TLX, which look far better than the current MDX's rather conventional taillights. The rear-end styling is, thankfully, clean and unobtrusive. In terms of size, the MDX grows 2.2 inches in length, 1.4 inches in width, and 0.5 inches in height. The wheelbase grows by a substantial 2.8 inches. Designers also gave the new MDX more of a rear-wheel drive-biased look to the vehicle, which makes it look longer with a more aggressive appearance. It doesn't look nearly as thick as the current MDX. 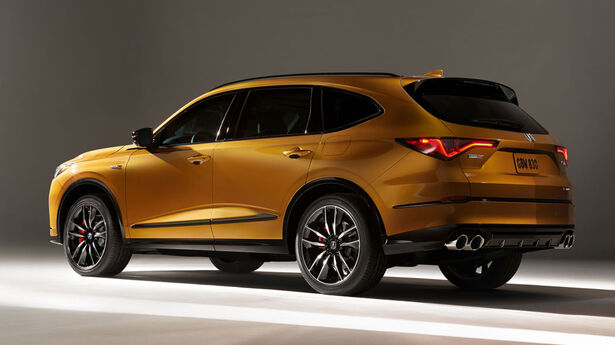 The Type-S looks even more aggressive than the base MDX.

As for the interior, design from the current RDX and the new TLX carry over beautifully. There's a lot more artfulness to the dash and center stack. Like many new vehicles these days, the HVAC vents are all horizontal and nicely embedded in the dash. The bulkiness in the current MDX is gone. The infotainment screen is bigger and now sits atop the dash instead of shrouded within. Buyers can choose six different colorways based on the trim package, and there's even optional ambient lighting with 27 colors (how will you choose?). 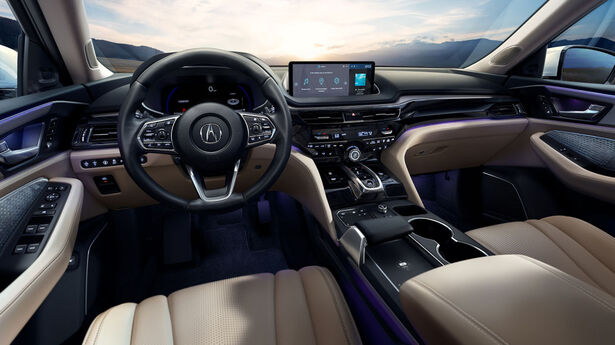 The MDX's interior is the right blend of sporty and luxurious.

One important detail about the interior is the seating configuration, and there's only one choice. The second row can be used as two captains chairs or a full bench seat. The middle position folds down as a console with storage and cupholders, and the seat can be removed completely to make easy passage to the rear (just like our 2008 Toyota Highlander!). The third row is a two-seater. If you do the math, the MDX can hold up to seven. Who gets that middle seat, is the question. 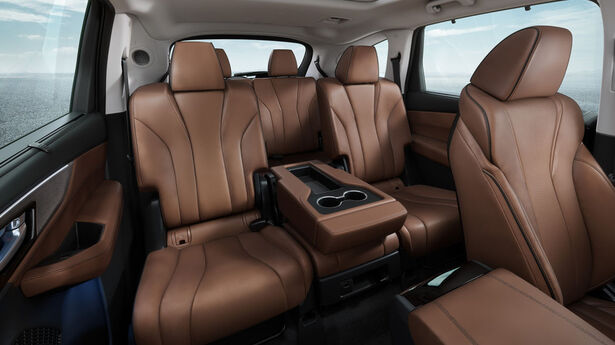 One of the criticisms of the current MDX is the tight third row, but the new MDX gets an additional 2.4 inches of third row legroom, which is quite a bit. The increased length and increased wheelbase can be credited for this, and adults in back will be thankful. It's also been raised 1.4 inches off the floor for better visibility and should help eliminate the knees-in-the-chest feel so many third row SUVs curse taller adults with. Cargo space behind row three jumps by 2.3 cubes, and if you fold down the back two rows, you get 4.1 more cubes to a whopping 95 cubic feet. That's bigger than a Hyundai Palisade, folks. 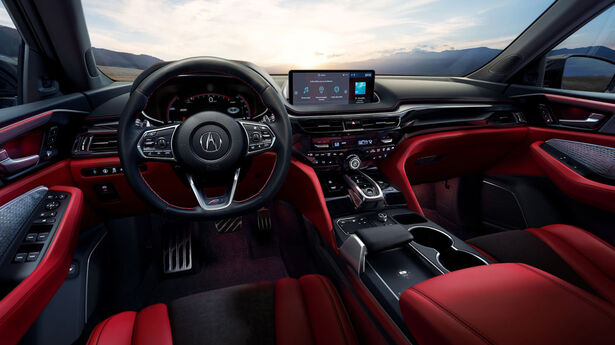 The Type-S provides this racy red and black interior and aluminum pedals.

In terms of power, that formula hasn't changed, but that's not a bad thing. The standard MDX gets a naturally aspirated 3.5-liter V6 with 290 horsepower and 267 lb-ft of torque. But the transmission is a 10-speed auto instead of the old 9-speed. There's a new version of the MDX's Super Handling All-Wheel Drive (SH-AWD) system, which is 30% faster at sending torque to the rear wheels. Gas mileage is unchanged at 19 mpg city, 25 highway and 21 combined for all-wheel drive models. 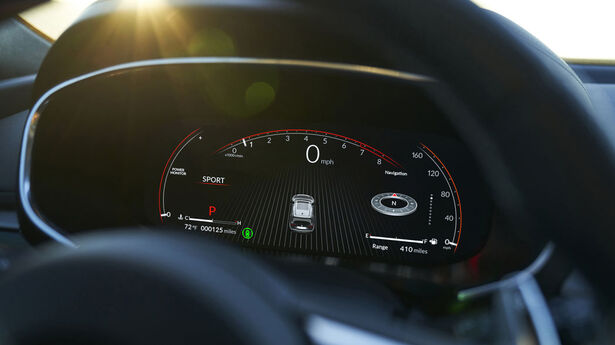 The MDX will also get a Type-S trim that offers 355 horsepower and 354 lb-ft of torque, making it a real rocket. SH-AWD comes standard in this trim, and there will also be bigger 21-inch wheels, fatter rubber, and Brembo brakes up front. No further details or pricing is available for the performance-minded Type-S.

The base MDX will go on sale in February at an MSRP of $47,925. All-wheel drive is a $2,000 upgrade on the base MDX and the MDX with Technology Package, and it's standard on the A-Spec and Advance Package versions.

The current Acura MDX is one of the best-selling premium SUVs. Read our full review and find out why. 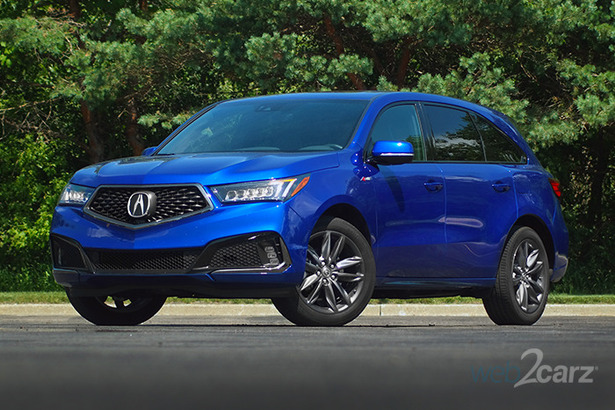