The only Lexus Bruce Wayne would buy 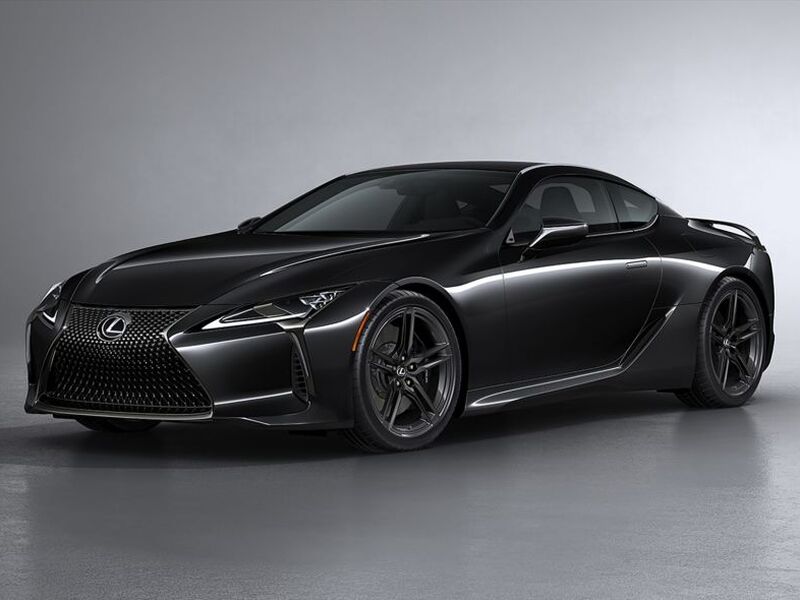 Lexus just dropped one of the most beautiful cars on earth.

The Lexus LC 500 might not sell in big numbers, but that's not reflective of how truly incredible this Japanese luxury grand tourer is. The brand has also released 100 units of each colorway in their Inspiration Series, including Nori Green from 2020 and Flare Yellow from 2019. The 2021 version is our favorite, and the color is known as Obsidian. We like to call it Batman Black. It might as well be. Just look at it. 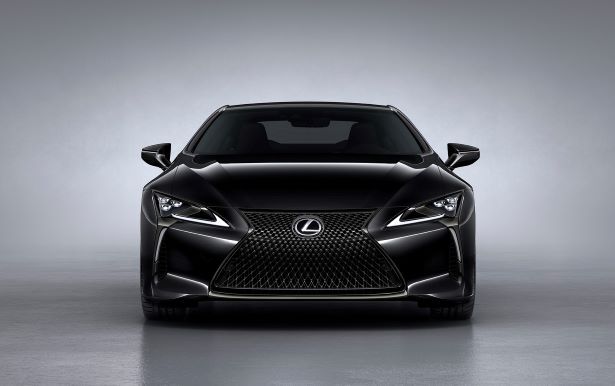 We especially like the black frame around the spindle grille, which actually makes it blend much better with the rest of the car. The Obsidian version gets more than just a new coat of paint and interior leather colors, it adds real carbon fiber accents throughout the entire vehicle, as well as performance enhancements not seen on previous versions. That's great news because we've become so used to special edition cars with no bump in the performance department. This is the first LC 500 special edition to get it. 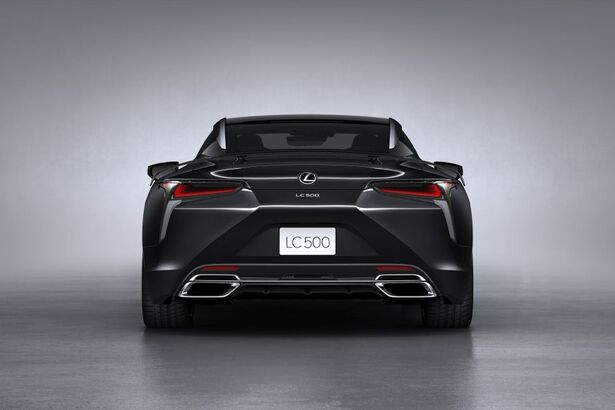 The LC 500 Inspiration Series in Obsidian also comes with gorgeous (and quite sizable) 21-inch black forged aluminum-alloy wheels. The slinky GT car also gets a carbon-fiber-reinforced plastic roof and a brand new carbon-fiber rear spoiler we haven't seen on the LC 500 before.

Lexus says the rear spoiler of the Inspiration Series was inspired by the partnership with Japanese air-race pilot Yoshihide Muroya, whose own airplane was designed in collaboration with Lexus. The spoiler is actually curved along with the trailing edge of the rear decklid, and there are outboard winglets that drop down nicely just where the dramatic taillights start. 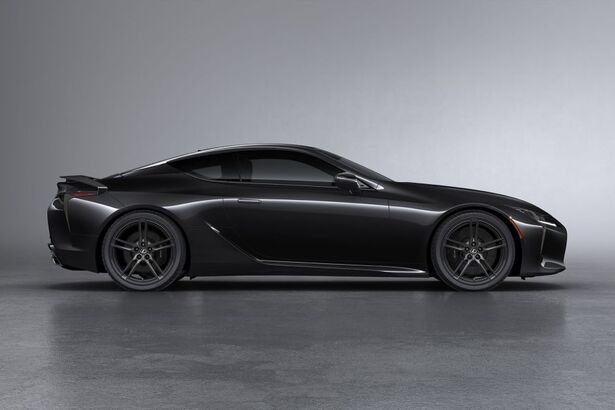 The Obsidian paint, black wheels, and spoiler give the LC 500 a Batmobile-like aesthetic.

Performance-wise, the LC 500 Inspiration Series gets a Torsen limited-slip rear differential and a performance rod with damper for the rear suspension as standard equipment. These are offered as options in the base LC 500's Sport Package. In terms of power, there's no change to the already powerful and mellifluous 471-horsepower, 398 lb-ft naturally-aspirated V8 engine that we love so much. 0-60 comes in 4.4 seconds, which is the same as the base LC 500, but expect it to handle better. 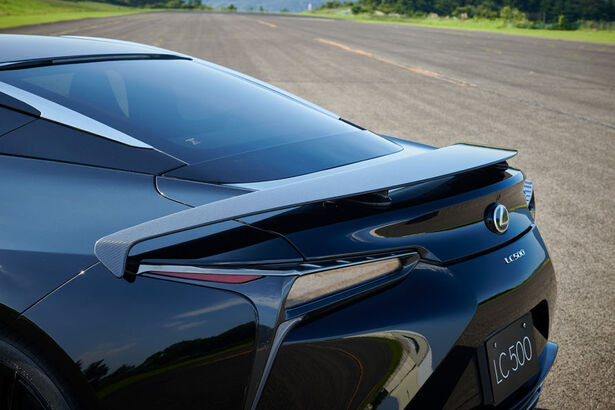 The carbon fiber spoiler changes the whole look of the back end.

The Obsidian version comes on the heels of the previously announced 2021 LC500 Inspiration Series convertible, which has a colorway far different from this black beauty. The limited-edition convertible gets a bold blue exterior over a white leather interior with blue trim. That version is far more of a boulevardier look than the Obsidian version, and we like the stark contrast between the two. 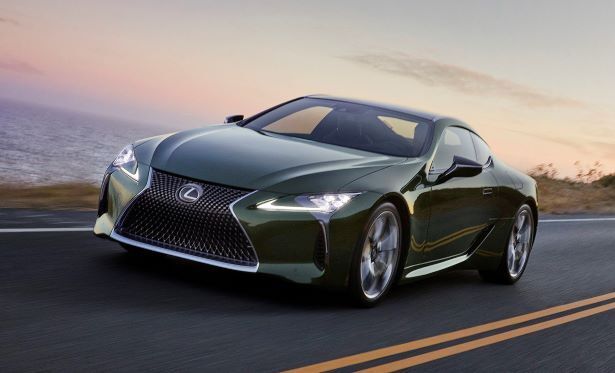 The Nori Green version has now been dethroned as our favorite Inspiration Series LC 500.

If you're wowed by the Obsidian LC 500's exterior, just take a look at what's in store inside. The base LC 500 has the most stylish interior of any car we've driven in recent memory. It's like a luxurious lounge inside with swaths of suede, a near interminable center console, crisp instrumentation, and sweeping door trim with very original unframed door handles. The Obsidian version gets carbon fiber trim, as well as stunning black suede seats with brown trim and some lovely brown seat belts. 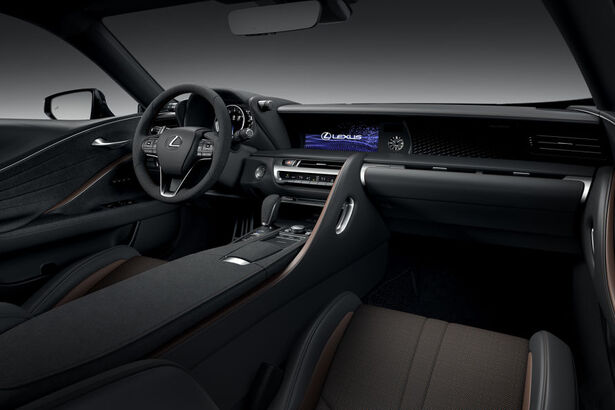 Additional Inspiration Series standard equipment includes a vivid color head-up display, 915-watt Mark Levinson audio system that's one of the best in the business, and a SmartAccess Card Key which allows drivers to leave the card in their pocket while locking and unlocking their vehicle. It's an extra measure of convenience that doesn't require the key fob. 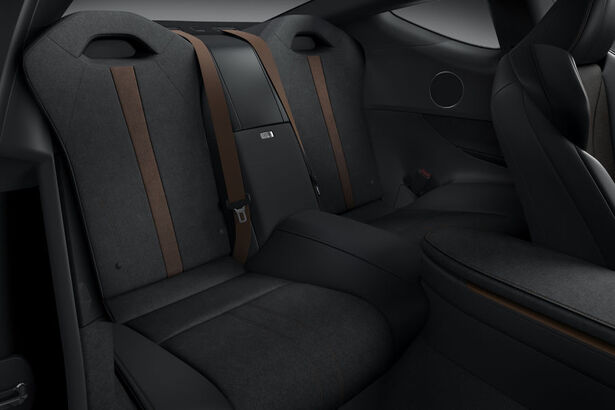 The bad news, of course, is that this particular model (like all other Inspiration Series LC 500s) is limited to a mere 100 units for the states, and we're guessing they will go very quickly. Unlike the more dramatic Nori Green and Flare Yellow colors, this one flies under the radar a bit better. We think it's the most enticing version so far. No pricing has been disclosed, but expect it to cost a bit more than the 2020 LC 500 Inspiration price tag of $104,105. 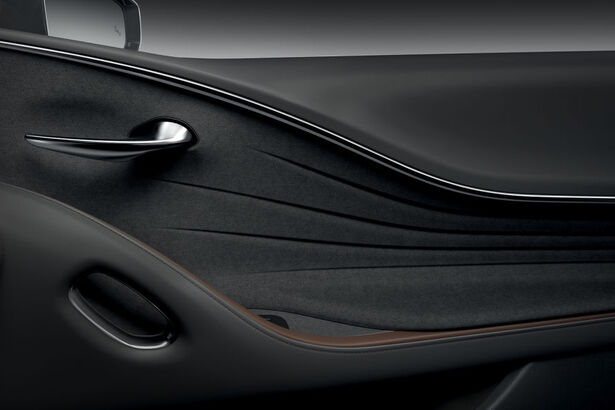 Does the Lexus LC 500 show up on your list of next car choices? Read our full review below: 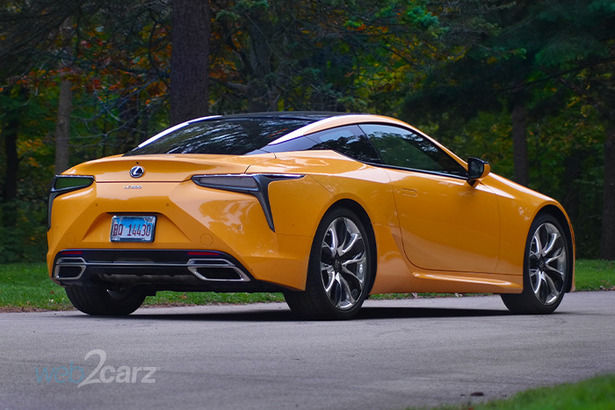