Toyota and Arctic Trucks Create this Tundra-Ready Hilux AT35

The Tacoma's foreign cousin gets a winter makeover 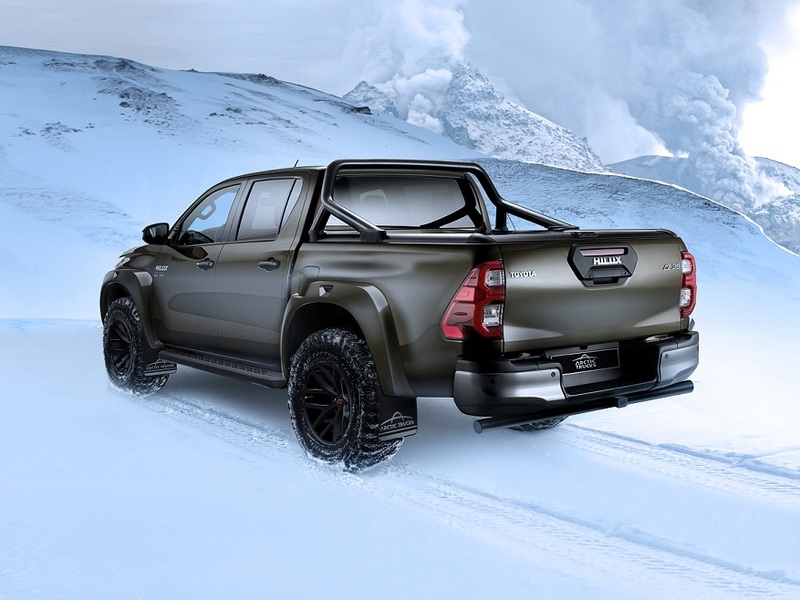 Arctic Trucks works its magic on the Hilux and we want it in the states. (images: Toyota UK)

Known for its indestructibility, the Hilux is Toyota's popular midsize truck sold overseas. Once offered in the U.S., Toyota pulled the utilitarian truck from the market in the mid-90s due to changing emission and safety regulations. It was replaced with the Toyota Tacoma which has found similar success in the states. Yet, we still long for the diesel-powered Hilux, especially with the reveal of the new Toyota Hilux AT35. The AT35 is a winterized off-road conversion for the Hilux Invincible X Double Cab created with the help of extreme engineering specialist, Arctic Trucks. 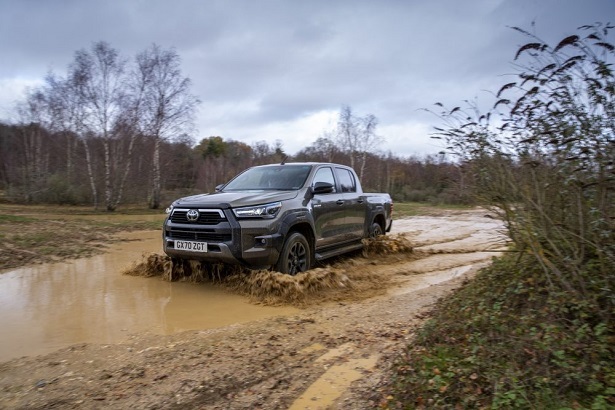 To ensure the new Hilux will be able to tackle polar conditions like snow and ice-covered terrain, Toyota found the best partner for the job. Arctic Trucks is known for reengineering 4WD vehicles to take on some of the most challenging conditions. The company's accolades include building the first vehicle to be driven to the Magnetic North Pole, and the first passenger vehicle to cross Antarctica.

With these impressive accomplishments on its resume, Arctic Trucks went to work, modifying the truck's frame, suspension, tires, and more for off-road prowess in the most extreme driving environments. The upgrades start with an increased ground clearance of 2.5 inches, and increased approach and departure angles of 9 and 3 degrees, respectively. The truck's frame has also been reengineered along with the inner arches and bodywork. 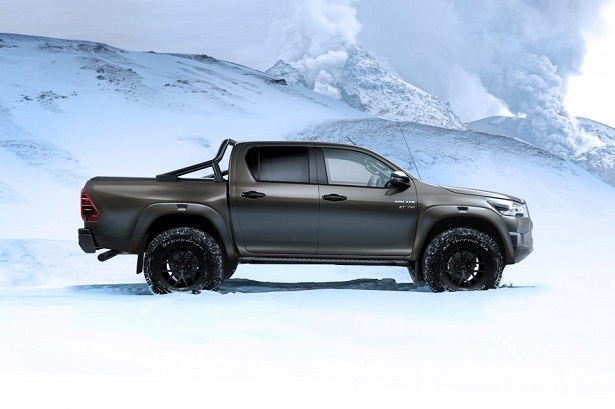 Another key feature that optimizes the AT35's off-road capability is Arctic Trucks' Bilstein performance suspension system. Front springs and dampers, anti-roll bar adjustment, and rear dampers with extended shackles produce a front and rear suspension lift. Torque and drivability are optimized with re-gearing of the front and rear differentials. These changes come together to create an elevated driving position and a larger, lighter footprint for more confidence in driving over delicate terrain.

The AT35 glides over rocks, snow, or ice on 17-inch Arctic Trucks alloy wheels outfitted with 35-inch All-Terrain tires. The wider tires offer improved mobility and an increased suspension effect for a smooth and faster ride over rough terrain. A greater range and flexibility to use lower pressure allows for better traction in challenging conditions. Under the hood is a 203-horsepower, 2.8-liter diesel engine and six-speed automatic transmission found on the original Hilux Invincible X. Towing capacity remains unchanged at 3,500 kg (7,716 lbs) and payload capacity tops out at 1,053 kg (2,321 lbs). 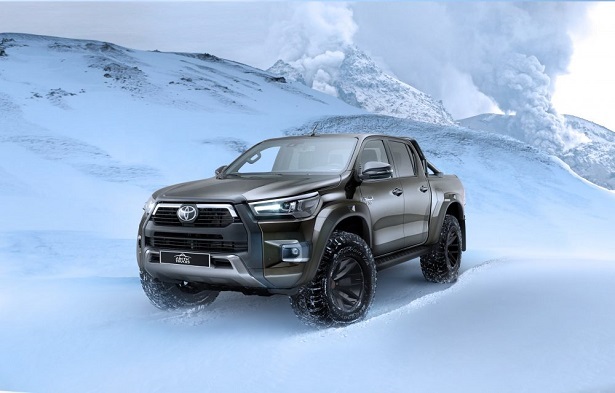 Once it completed the off-road performance upgrades, Arctic Trucks had to show off its hard work. Unique styling features for the AT35 include Arctic Trucks' signature flare package for the front and rear wings, extended-profile side steps, AT35 badging, and a 30th-anniversary decal. Options include full underbody armor, a grille-mounted light bar, and a low profile load cover. Mud-terrain tires and an onboard inflation/deflation kit are also available for extreme off-roaders.

The Toyota Hilux AT35 is now available in Europe, but will we ever see the return of the Hilux in the states? Thanks to the rising popularity of compact trucks, some sources say there's a chance that Toyota may bring the Hilux back to our shores.

A few differences separate the Hilux and its American counterpart, the Toyota Tacoma. The Hilux is available with a single cab configuration while the Tacoma is not. The Hilux also offers higher torque from its diesel engine, while the Tacoma is available with a V6 and boasts more horsepower. Apart from these distinctions, the Hilux and Tacoma are very similar in size and capability. We believe the Hilux will need to be redesigned specifically for the U.S. market before we can get our hands on this small, yet mighty truck.

The Toyota Tacoma TRD Pro is a Capable Off-Roader Available in the U.S. Read our Full Review. 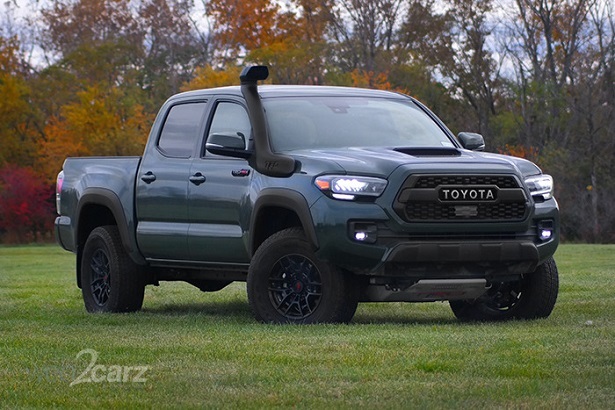