It will not be ignored 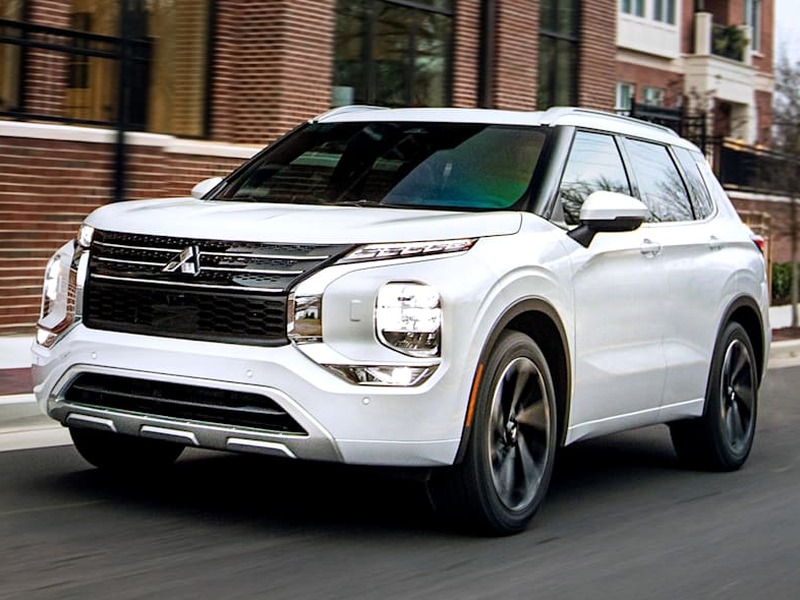 You'll see that huge maw coming a mile away.

Mitsubishi is kinda like the red-headed stepchild of the Japanese car manufacturing family. They just don't have any appealing vehicles now that the Lancer Evo and the Montero are gone. Only the Outlander PHEV even qualifies as good transportation largely because of its torquey powertrain and impressive efficiency. None of their current designs (not even the edgy Eclipse Cross) stands out as attractive. So, their biggest vehicle has been given the full overhaul, and what a transformation it is. Check out the 2022 Mitsubishi Outlander. It's about as bold of a redesign as we've seen. 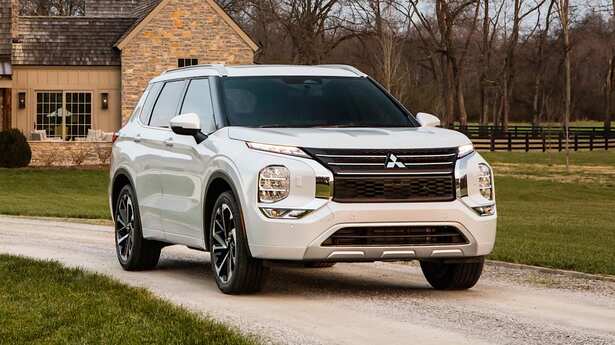 The new Outlander looks nothing like the outgoing version.

While we don't think the new design will win any beauty contests (at least not for its exterior), it no longer gets lost in the shadows of its competition in terms of looks. It bears a remarkable similarity to the audacious Engleberg Tourer Concept that debuted in Geneva in 2019. In fact most of the concept's shape and details have been retained, including the large headlight clusters, the ultra-thin DRLs, the parallel body creases, and the slender taillights. 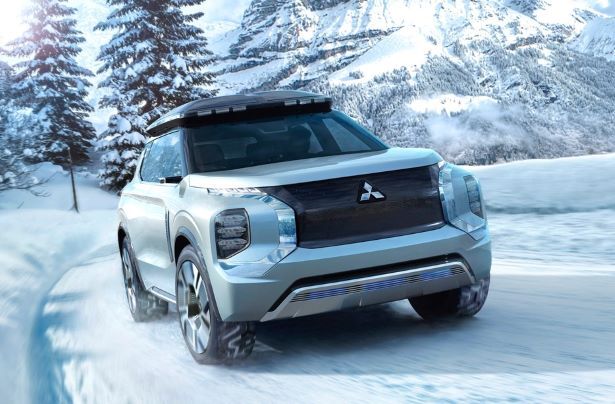 The Engleberg Tourer Concept was the most adventurous Mitsu design in ages.

In terms of size, the new Outlander is actually slightly larger than the vehicle it replaces. It's 0.6 inch longer, 2 inches wider, and 1.5 inches taller. The size increase matters the most between the heels, where it adds 1.4 inches. This provides the new Outlander with an additional inch of legroom for front and second-row passengers, which should make a noticeable difference. 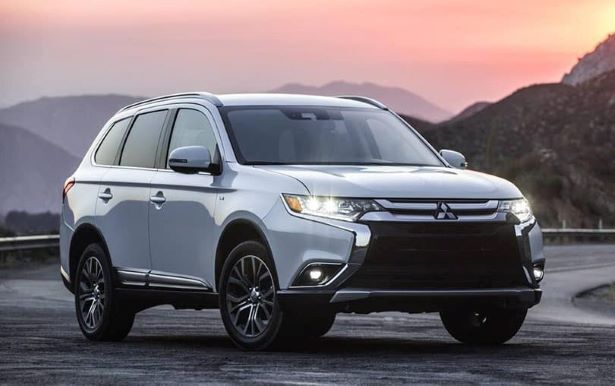 While the current Outlander isn't attractive, it's also not exactly distinct either.

If you look at the new vehicle and the outgoing one, they look absolutely nothing alike, with the exception of the chrome grille frame signature design that's now even bolder than before. Under the sheetmetal is a platform that comes from the Renault-Nissan-Mitsubishi Alliance. The V6 engine from the old Outlander is now gone, and there's a single gas version in the form of a 2.5-liter four-cylinder making 181 horsepower and 181 lb-ft of torque. Thankfully, a PHEV is on the way with more power, greater efficiency, and a slightly different look. 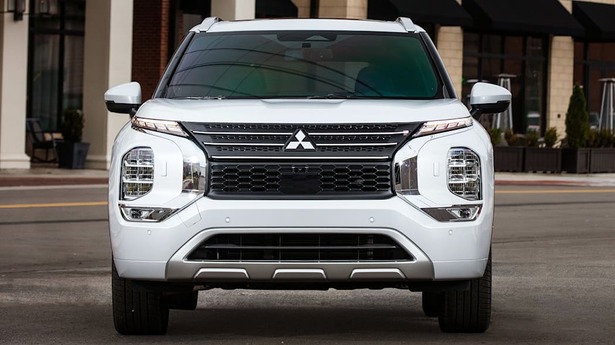 For the purposes of cost savings, much of what's underneath comes from Nissan, but the Outlander at least gets its own unique suspension tuning, as well as drivetrain and driver assistance tuning. There are five drive modes for FWD and six for AWD. There's even a semi-autonomous feature derived from Nissan's ProPilot Assist. In the Mitsu, it's known as MI-PILOT ("Me-Pilot" or "My-Pilot?) Assist. 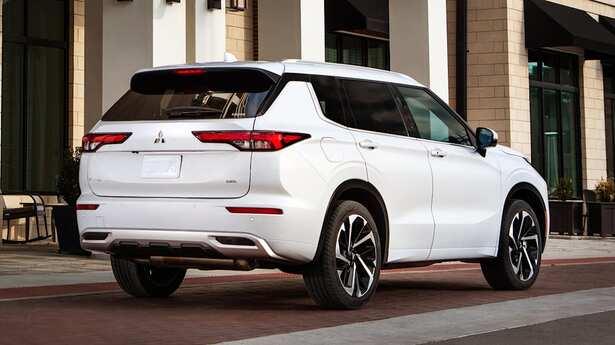 The rather dumpy-looking interior has been totally redone, and we have to say the changes are impressive given that the outgoing Outlander's interior was one of the worst we experienced from a mid-size crossover, even in its priciest configuration. The infotainment screen now sits atop the dash instead of set into the center stack of the old Outlander. 8 inches is standard, and 9 is optional. This gives the dash a more open and linear look. 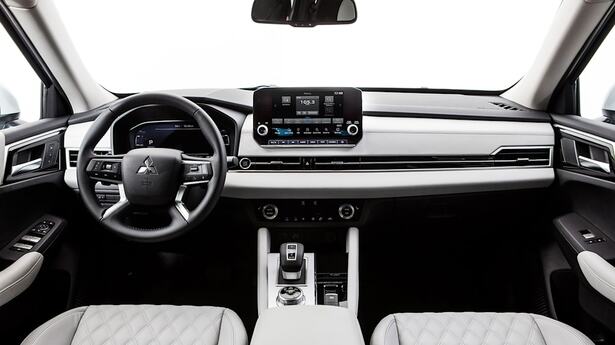 Finally, an interior that's not slathered in piano black plastic. 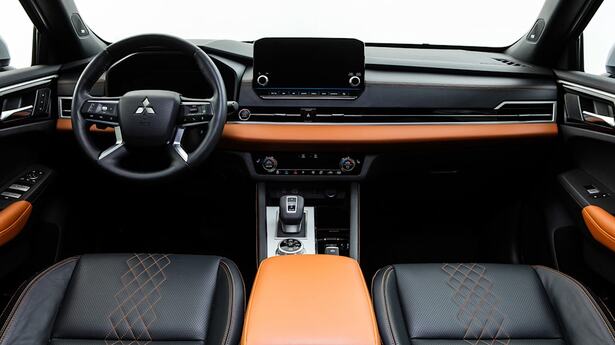 You'll note that the steering wheel trim on at the four and eight o'clock positions actually mimics the metallic trim on the front fascia, a neat trick. Also, the chimes and alerts in the Outlander were developed with video game maker Bandai Namco. Will we hear Pac-Man, Tekken, and Galaga sounds? That's some cool retro goodness in a modern crossover. It's also the answer to a question nobody asked. 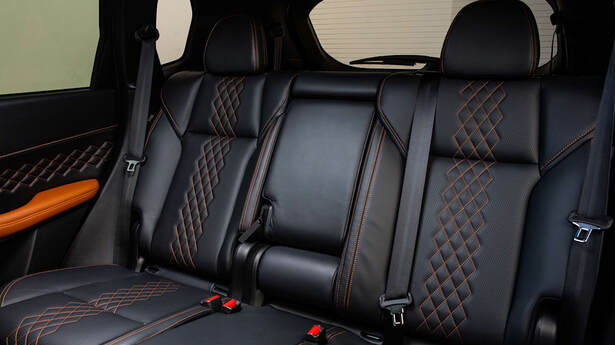 The good news is we won't have to wait too long to experience the fresh Outlander since it goes on sale in April of this year. In fact, our market will be the first ones to get it, and it should be a welcomed replacement for a vehicle that's just getting too long in the tooth. The Outlander's base price is $26,990 for the entry-level ES trim. Other trims include SE, SEL, and SEL Touring.

The current Outlander PHEV is Mitsubishi's best vehicle in its lineup. Read our full review below: 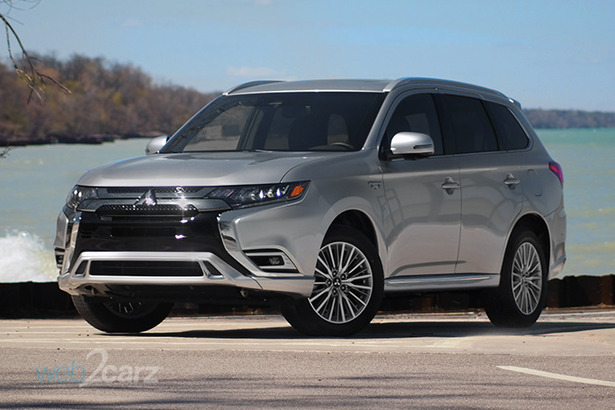