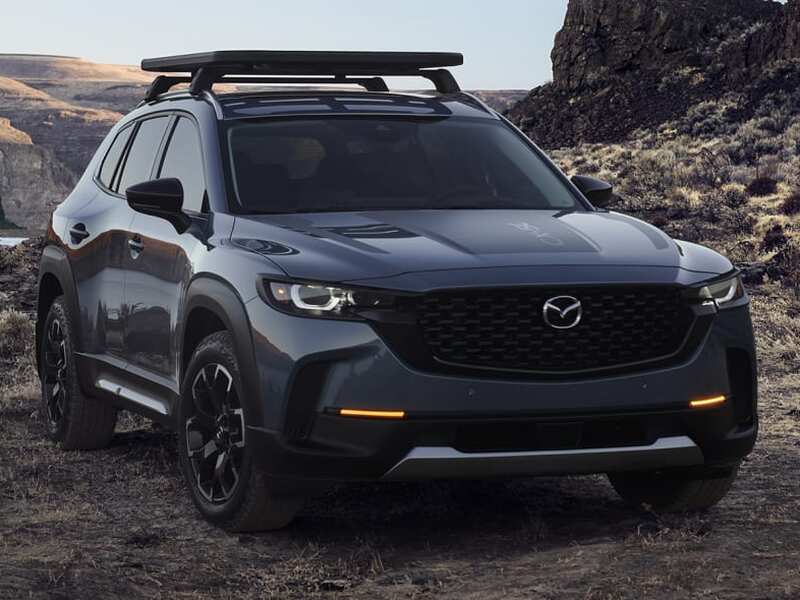 Feel alive... in the dirt

We've been waiting to see what Mazda's new CX-50 crossover was going to look like, and we have to say we're not the least bit disappointed. But we are quite surprised at the direction they went in. Rather than a street-carving crossover, they unveiled an off-road leaning one. The CX-50 might have a confusing nomenclature (add a '0" to the CX-50), but there's no mistaking it for the models in the rest of its lineup. This one wants to go off the beaten path. 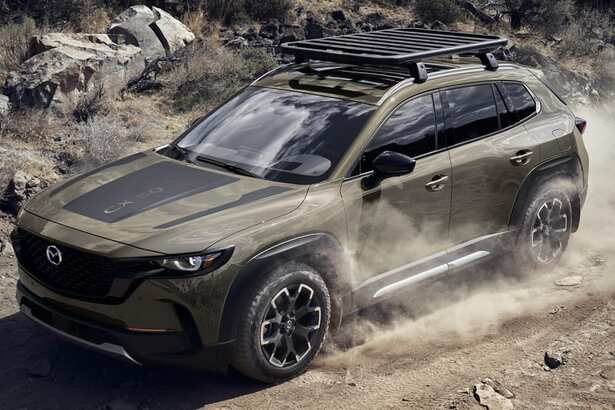 The CX-50 is built to take a bit more punishment than the CX-5.

Instead of just adding rugged bits to the existing CX-5 and making another trim level, the Japanese automaker made the CX-50 more squared off in its shape, as well as wider and better equipped to go off the pavement. Fenders are more prominent, and the fender trim has detailing more befitting of a rugged crossover than an urban-focused model. The unmistakable Mazda mesh, shield-shaped grille and aggressive headlights are still present, but the framing is thicker and can be trimmed in gloss black. 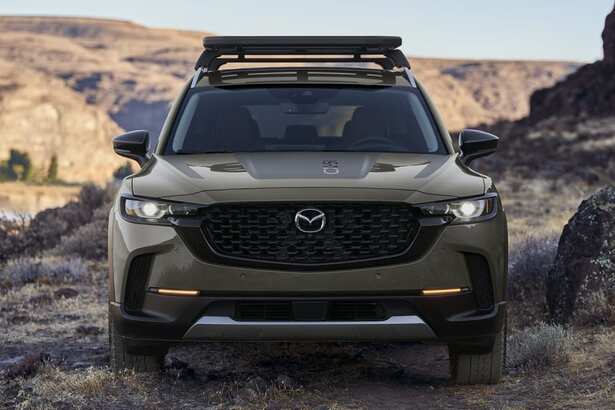 Wheels and tires on the CX-50 are also more aggressive to take on gravel, dirt, mud, and rocks, and even the rocker panels have thicker and taller plastic so as not to ding up the pretty doors. Some trims get matte black hood decals and a safari-style roof rack to load up gear. Even the rear doors have wider apertures for easier roof rack access. 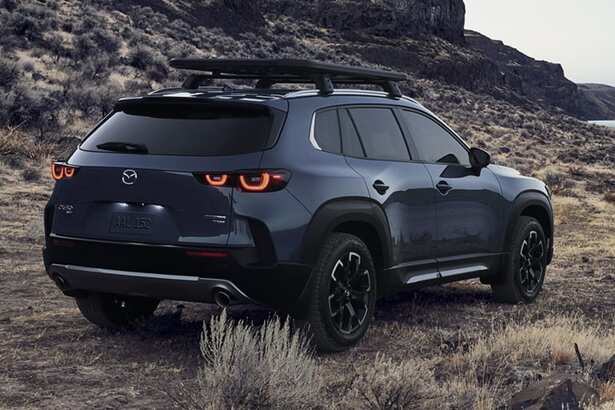 There are a few more details we know about, namely the engines. There will be a base 2.5-liter naturally-aspirated four-cylinder with around 190 horsepower, as well as an optional turbocharged four-cylinder good for around 250 horses, so the CX-50 will be no slouch. Both engines will be paired with a six-speed automatic transmission. All trims will get standard all-wheel drive, a huge bonus that's optional on other Mazda models like the CX-30, CX-5, and CX-9. 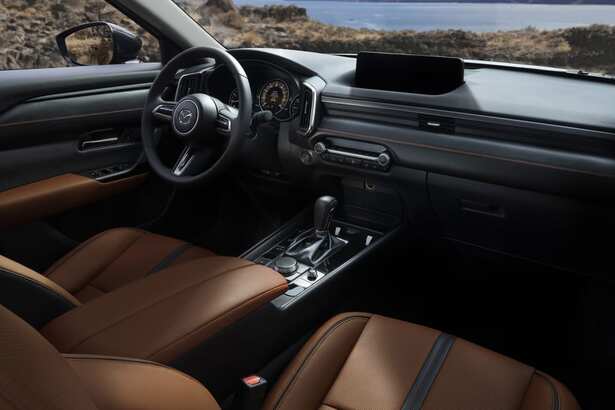 Those driver vents are vertically-oriented and a bit more square than other models' versions.

The CX-50 will get extra drive modes such as Towing and Off-Road, in addition to Normal, Sport, and Eco. The Off-Road driving mode will alter the G-Vectoring system to allow it to cut torque on turn-in to shift weight to the front wheels for more grip, and it will also more readily engage the all-wheel drive to  keep those wheels turning at the same rate for improved stability. 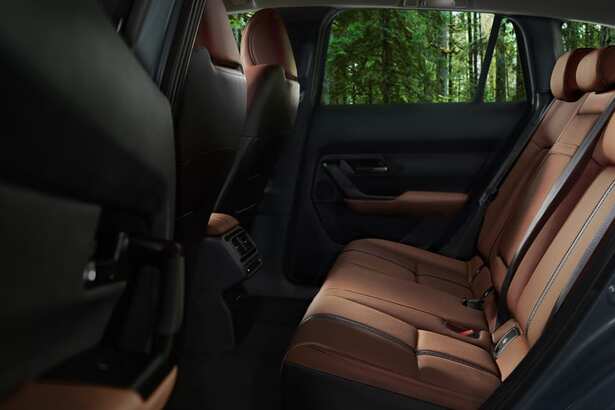 There's also a hill-hold that raises the idle speed to more easily transition to the throttle so climbing is uninterrupted and the suspension doesn't allow the CX-50 to sit down, which makes things harder. The torque converter has a delayed lock-up so the vehicle can move over objects more smoothly. One final mention is the fact that the CX-50 will have the brand's first panoramic sunroof. Now, that's something we thought already existed. Who knew? 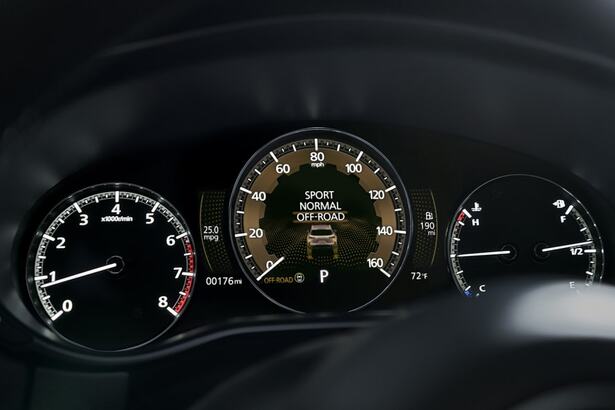 The CX-50 marks a new niche approach for the brand that we haven't seen before. Where other carmakers, like Toyota and their TRD models, have been doing this for years, it's about time Mazda embarked on something more than just street-friendly, enthusiast-leaning cars and crossovers. The new CX-50 will be the first vehicle built at the new Alabama factory that's shared with Toyota. Pricing has yet to be announced, but that will certainly be disclosed before the CX-50 goes on sale in the spring of 2022.