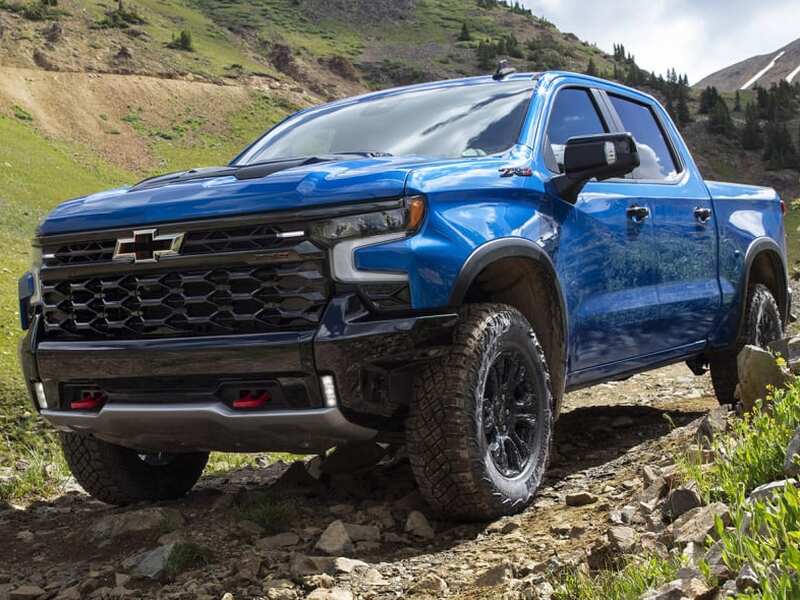 The ZR2 isn't the king of the hill, but it's also not the pauper.

The new 2022 Chevy Silverado ZR2 is going after both the Ford F-150 Raptor and the big guns Ram 1500 TRX, and the rumored price is parked in between those two. The off-road-ready ZR2 is purported to have a base MSRP of $65,100. Add the $1,695 destination charge, and it totals $66,795. These three off-road monsters have tremendous capabilities, excellent power, and the most aggressive equipment packages in their lineups. 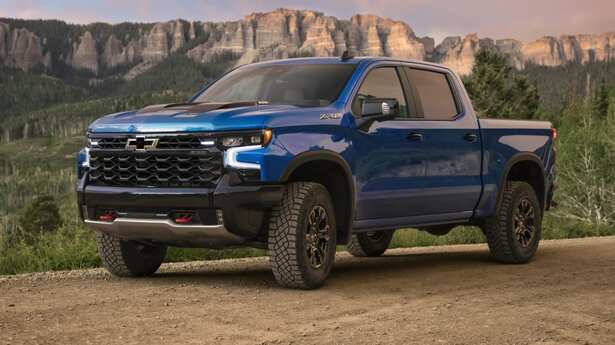 The Silverado ZR2 looks tough but maybe not as much as the competition. 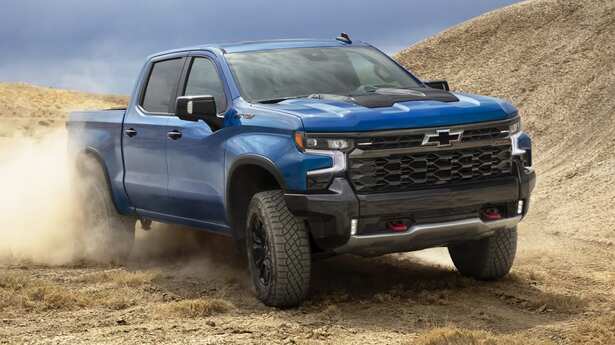 The ZR2 model receives front and rear locking differentials, skid plates, 11.2 inches of ground clearance, 33-inch tires shod on special black ZR2 wheels, a Terrain Mode for one-pedal off-road situations, a front bumper with removable end caps and an improved approach angle. Even the exhaust outlets have been resituated to avoid scrapes on departure. The Silverado ZR2 comes only in crew cab and short bed configuration. 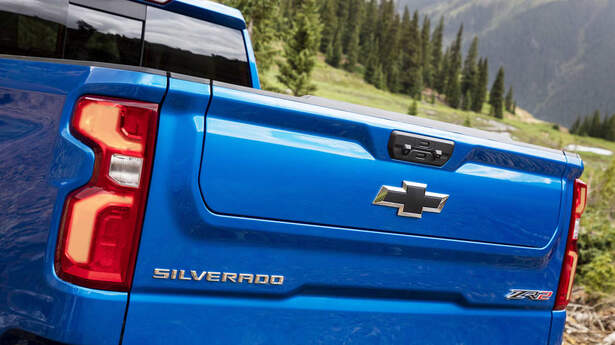 Consider the fact that this is the first time the ZR2 badge/package shows up on the Silverado. It's been strictly relegated to the smaller Colorado pickup in the past, so this is a big deal. While it's not as powerful as the Raptor or the TRX, it's still seriously capable and well-appointed. Other features on the ZR2 include Multimatic spool-valve dampers derived from Formula 1 and Baja. The ZR2 also gets a skidplate package and a high-mounted steel bumper front bumper that improves that approach angle we mentioned. 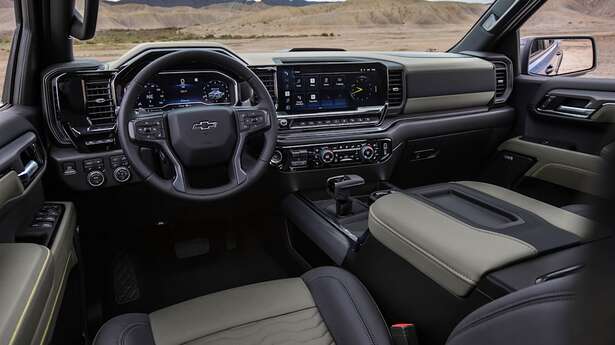 When it comes to the cabin, the ZR2 doesn't scrimp on amenities. It comes with a 12.3-inch digital instrument cluster, a huge 13.4-inch touchscreen, two-tone leather-trimmed seats, copious amounts of storage, and great physical controls for audio and climate. There's also wireless Apple CarPlay and Android Auto, Amazon Alexa, and Google voice assistance.

We're excited to see Chevy enter the off-road performance pickup fray, and it's obvious that customers are willing to pay big coin for these heavy-hitters. It'll be interesting to see what comes of the new Toyota Tundra TRD Pro, which will cost even less than all of these models.