The 5 Pickup Trucks with the Best Gas Mileage

It's no longer than case that you have to settle for a pickup truck that gets crappy gas mileage just because you want the ability to haul and tow stuff. The modern set of pickup trucks is better than ever, and there are more powertrain options that didn't exist a handful of years ago. If you want a good pickup truck and don't have to have the highest towing capacity, you can get close to 30 mpg combined (and even more than that with one model in particular). Here are five of the most efficient non-electric pickup trucks out there today, and each one is worth a look. 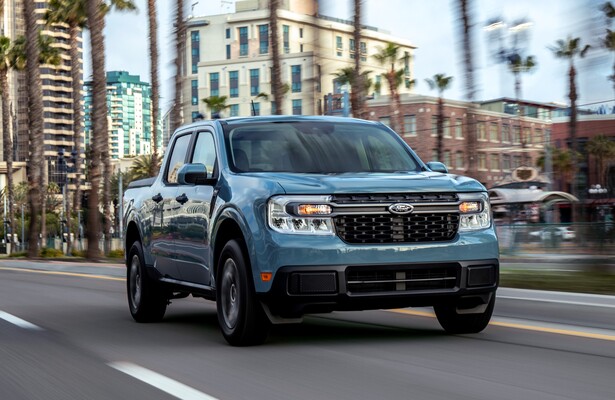 The all-new 2022 Ford Maverick Hybrid ($19,995 base MSRP) is a hot seller for a reason. Not only does it look great inside and out with modern touches everywhere, but it also has the best efficiency of any non-electric pickup truck out there with 37 miles of efficiency in combined driving. It's pretty much sold out for this year, so you have to hunt or wait until the 2023 model is out.

It’s one of the smallest trucks on sale today, but it benefits from being the only pickup with a standard hybrid engine. The powertrain includes a 2.5-liter four-cylinder engine, a front-wheel drive electric motor and continuously variable automatic transmission. Impressive figures of 42 mpg in the city and 33 mpg on the highway eclipse the competition. 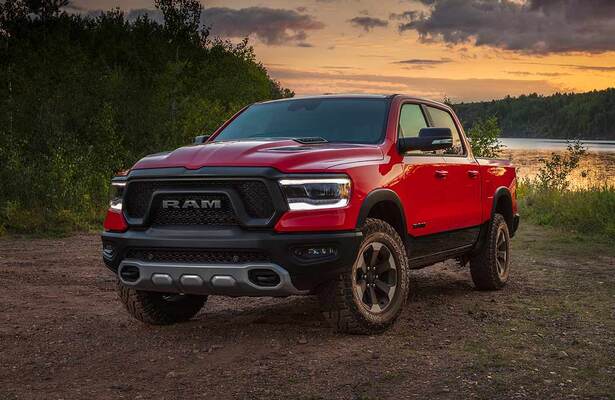 The Ram 1500 EcoDiesel ($39,995 base MSRP) is almost a contradiction. It's big, capable, comfortable, and potent but squeaks out an awesome 26 mpg for a truck that weighs well over two tons. Factor in huge amounts of space, luxury appointments in higher trims, and a truly enormous available 12" infotainment system with a new operating system that's even better than before.

In terms of power, the EcoDiesel engine is a 3.0-liter V6 turbodiesel engine paired with an eight-speed automatic transmission and comes with rear-wheel drive as standard. If you're moving up to this engine from the V6 gas version, it will cost you $4,995 but your mileage will be a significant 22 mpg in the city and 32 mpg on the highway, which is much better than the 20 mpg city, 26 city, and 23 combined for the 3.6-liter V6 gas engine. 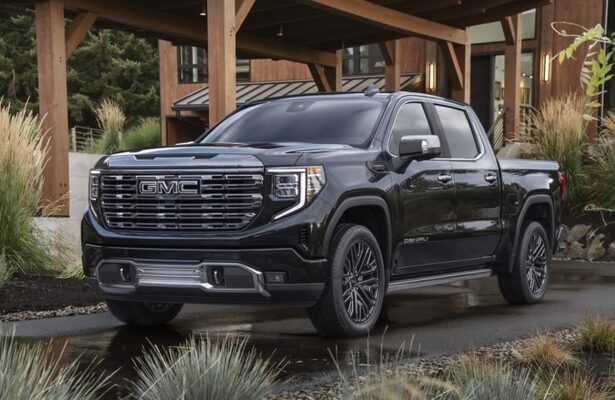 The GMC Sierra 1500 Duramax ($48,200 base MSRP) looks and feels like a luxury pickup truck, but under the hood is an efficient engine that impresses with its 26 mpg combined and up to 30 mpg on the highway. That's serious for a light-duty body-on-frame pickup truck.

With the available 3.0-liter turbodiesel six-cylinder engine, the Sierra 1500 gets 26 mpg combined (rear-wheel drive only), which almost defies the imagination for something this size. It can also tow up to 9,000 pounds. If you thought you might be down on power, consider the fact that the Duramax provides 277 horsepower and 460 lb.-ft. of torque for plenty of grunt when you need it without sacrificing fuel economy. 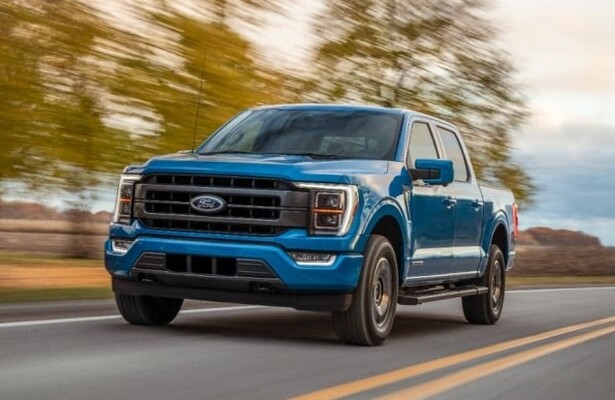 When we drove the new F-150 hybrid ($42,195 base MSRP), were were blown away at how good it was to drive. The added hybrid power makes it even more responsive, filling in torque gaps like a champ and providing it with a smoothness we didn't expect. The fact that it gets 25 city and 25 highway while delivering 430 horsepower and 570 lb-ft of torque provides even more reason to take a look at it when gas prices are so nuts. It just so happens to be the most fuel-efficient AND the most powerful F-150 available.

If you happen to a top trim version, expect luxury digs that include opulent and well-appointed leather seats with optional fold-flat functionality, a retractable shift knob that allows the center console to be used as desk, and a truly massive instrument cluster and infotainment system. It's one of the best interiors we've seen in a truck. 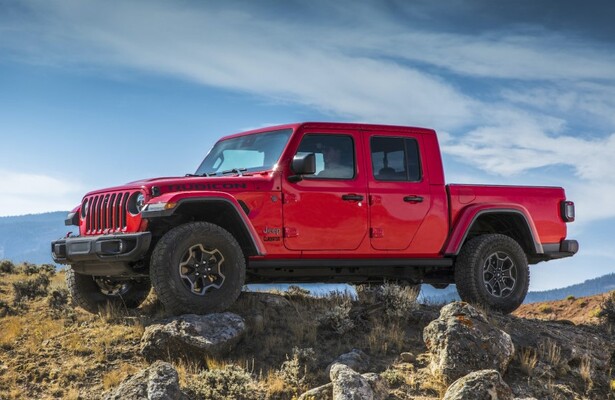 The Gladiator isn't just an off-road beast anymore (although that's it's greatest selling point, in our opinion). Now, in addition to a 3.6-liter V6 engine and a 3.0-liter turbodiesel, is an efficient EcoDiesel engine that provides up to 28 mpg highway and 25 mpg combined. That's pretty impressive for a burly Jeep pickup truck.

The Gladiator EcoDiesel has up to 11.6 inches of ground clearance and also provides a healthy 6,500 pounds of towing capacity. It doesn't shy away from the rugged stuff thanks to available off-road suspension, heavy-duty skid plates, and a great Jeep Selec-Terrain Drive Modes that allow you to adjust on the fly. Most importantly these days is the fact that you can drive the Gladiator EcoDiesel without worrying too much about gas prices.

Can a pickup truck really be miserly?