A solid grand tourer that doesn't overdo it.

As with the Lexus RC F we've already tested this year, the Lexus RC 350 is an all-new beast for this year. It's a menagerie of three other Lexus vehicles (new IS, new GS, old IS convertible) that gives Lexus a new vehicle in the luxury sport-coupe segment, something often filled with BMW 4-Series and Audi A5s. And man, this car is coming out swinging.

Unlike the RC F, which is a big V-8 bruiser meant for smoky drifts and other yobbo tire-shredding action, the RC 350 is meant more as a quaint grand tourer, relegated to a life of boulevard cruising. However, it does gain back some of its bigger brother's sportiness with the F Sport trim; that gives the RC 350 bigger wheels, bigger brakes, adaptive suspension, sportier seats, a fancier gauge cluster, and additional exterior fascia add-ons. It's still a car meant for long, comfortable jaunts, but if you really want to stir things up a bit, the car will let you do so in a composed, sensible manner. It remains a Lexus deep down, after all. 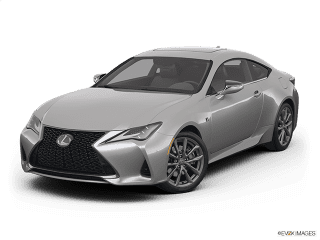 It's still got some of that Lexus sensibility, but thankfully, it's nowhere near boring. If anything, it's packing the character that its German competition has been lacking of late.