It checks just about all the right boxes 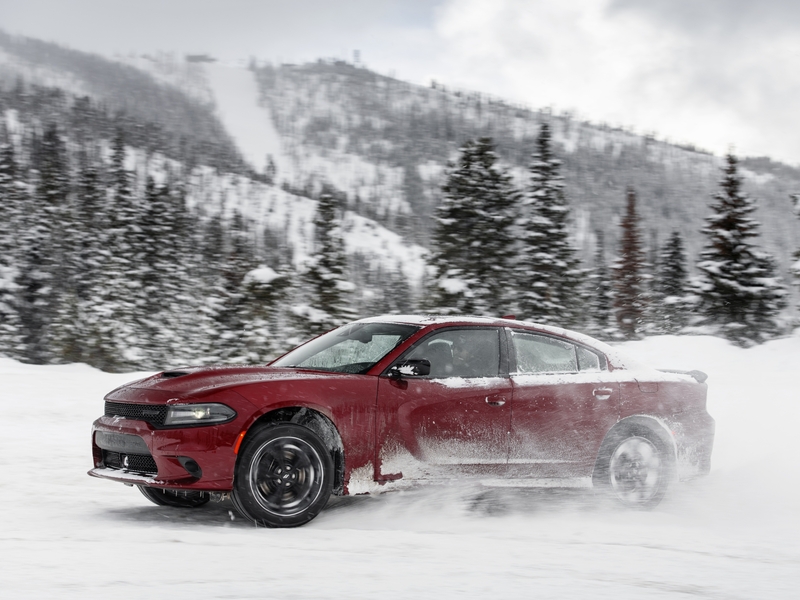 Can your sedan do this? We didn't think so.

We're not about pretentious cars. Of course, that doesn't mean we won't accept a free Porsche Cayman GT4 or a Ferrari 812 Superfast GTS. What matters to us is daily drivability, fun, and practicality. One car that consistently gets our attention is the Dodge Charger GT. No, it's not even close to being the quickest, most powerful Charger in the lineup. That accolade belongs to the 797-horsepower 2021 Dodge Charger SRT Hellcat Redeye. But that car is way too powerful (and rear-wheel drive) to be practical in Chicago winters. The all-wheel drive Charger GT is more to our liking. 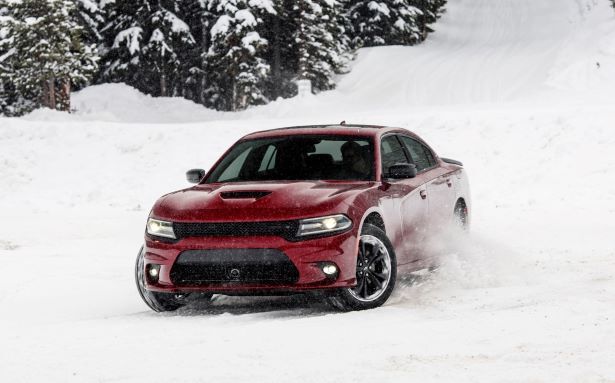 It won't roast the tires, but the GT can do miracles in the snow.

So, what makes the GT so good? Well, we won't say that the Charger is a particularly new model. In its current generation (7th), the car has been around since 2011. That's pretty long in the tooth. That said, it has received some important changes in a major 2015 refresh that updated the front and rear fascias (particularly the head and taillights), as well as suspension tweaks, interior upgrades, and redesigned brakes. 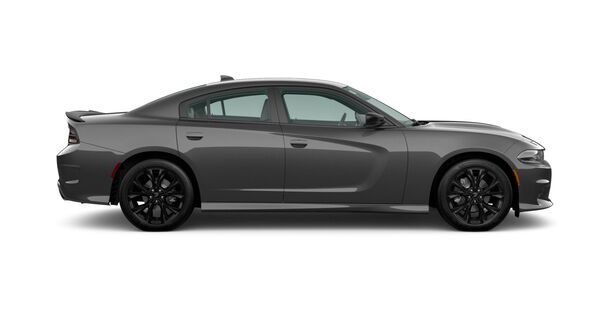 We especially like the Granite paint with the Blacktop Package on the GT.

In base trim, the GT looks rather unremarkable and lacks the aggressiveness of its V8 brethren. The good thing is that if you upgrade to the $1,095 Blacktop appearance package, the GT gets are more menacing aesthetic thanks to a deck spoiler, 19" black wheels, black badging, and extra black trim bits inside and out. 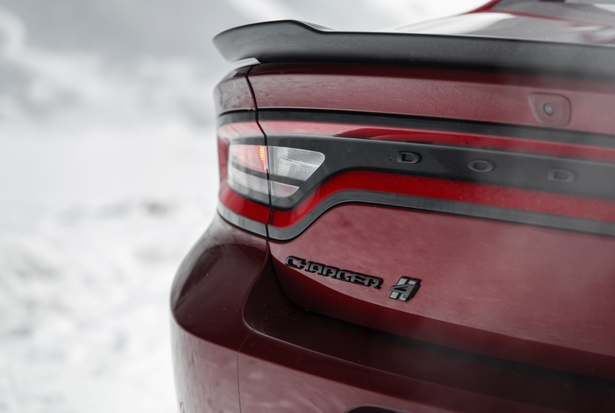 That "4" on the rear badging means you don't have to garage the Charger GT when it snows.

Some folks might look down on your Charger GT because it's down two cylinders from its more powerful stablemates. The Pentastar V6 under the hood has a displacement of 3.6-liters and puts down 300 horsepower and 264 lb-ft of torque. The GT's all-wheel drive system mostly drives the car in rear-wheel drive while the front axle is disconnected. But when things get slippery, and the system senses it, the GT's torque uses the active transfer case and sends more power to the front wheels. Voila! All-wheel drive traction! 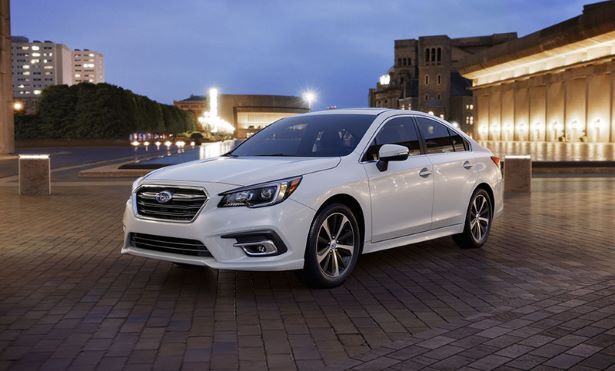 Yes, you can get an all-wheel drive Subaru Legacy, but *Zzzzzz*.

There isn't another mainstream, affordable all-wheel drive sedan with rear-wheel drive-bias on the market right now, with the exception of the Kia Stinger GT. The Stinger GT has less horsepower than the Charger GT, but it's actually quicker (0-60 in 5.1 seconds, versus 6.4 seconds). It's more of a fastback (hatchback, actually) than the Charger GT. While it certainly looks aggressive in its own right, it doesn't stand out as much as the Charger. It also has four fewer inches of rear legroom, which is significant. Both cars are excellent, rear-wheel drive-biased sports sedans, but the Charger GT muscles the Stinger GT out in terms of presence. 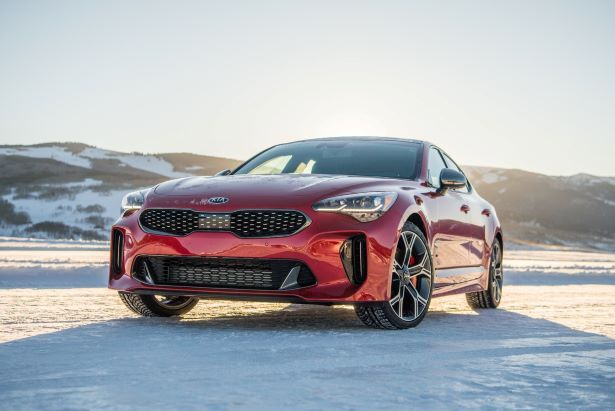 We love the Stinger GT AWD, as well, and we're thankful both cars are available.

The upcoming Camry and Avalon AWD versions are both FWD-biased, as is the Nissan Altima AWD. Subaru says the Legacy isn't FWD-biased, but it's torque split is 60/40 front-to-rear, so it might as well be front-wheel drive-biased. What the Charger GT provides is a rear-wheel drive experience with the safety of all-wheel drive, combined with a muscle car look that the others just can't do. 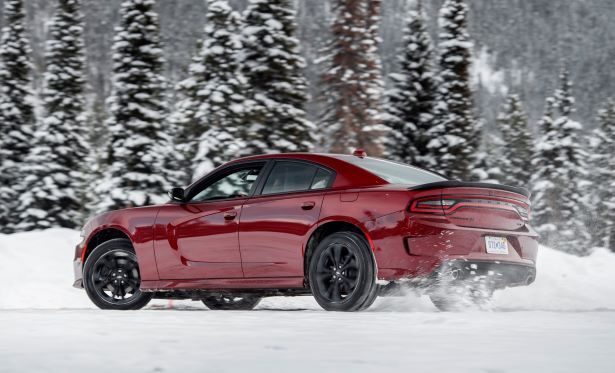 This is about as much fun as you can have during a winter pandemic.

With a base price of $34,995, it's not exactly cheap, but it does hit the mark for being under the average purchase price of a new car today (now, close to $39k). If you add the $1,095 Blacktop package (which you should; the Alpine premium audio system for $1,095; the $2,695 Plus Group with features like heated front and rear seats, Nappa leather performance seats, and HID projector headlamps; the Driver Convenience Group for $795 with Blind Spot Indicator and heated side mirrors; and then the $1,895 Tech Package with important safety features like Adaptive Cruise Control with Stop and Advanced Brake Assist, the subtotal comes to $41,775. The destination charge is $1,495, which then brings it to $43,270.

The good news is that right now, you can get bonus discounts and cash back that bring that price down to $40,065. With a good loan and low interest rates, maybe you'll find the Charger GT in your garage this season, and it might just be the only thing you want this Christmas.