FCA's New Uconnect 5 System Puts the Power at Your Fingertips 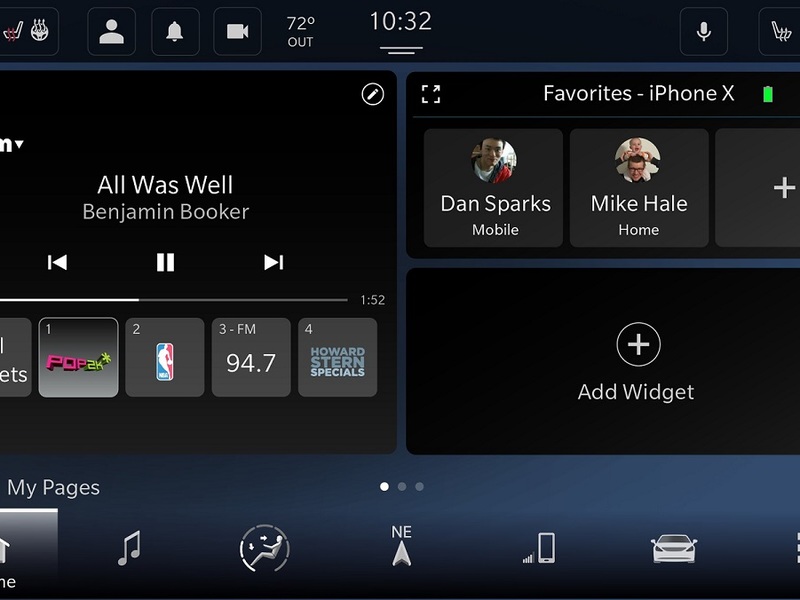 The personalized home screen is one of the best features in FCA's Uconnect 5 system.

In-vehicle technology probably isn't the first feature that comes to mind when you think of what influences your car purchase. While it may not be as sexy as a vehicle's horsepower or 0-60 time, the infotainment system is critical in a car buyer's purchase decision. Over 50% of car shoppers say technology has influenced their purchase and 64% are loyal to a brand because of the in-vehicle tech. These stats were top of mind for FCA during the development of the new Android-powered Uconnect 5 system. We got to e-meet with the FCA team to learn about all the improvements to the infotainment across the Jeep, Ram, Chrysler, Dodge, Fiat, and Alfa Romeo lineups. These are the 4 major upgrades customers can expect.

FCA choose an Android operating system for Uconnect 5 for both immediate improvements and to set up the company for future innovation. The Android operating system is significantly faster and is tailored to individual FCA brands. The new system delivers five times faster processing speeds, advanced electrical architecture, and more memory to give the Uconnect user nearly instantaneous response to touchscreen input of as little as .05 seconds.

According to Vince Galante, Chief Designer – User Experience, FCA choose the Android system because it is well established, offers new content features, is flexible across different brands, and opens the door to scale in the future. For example, the responsive design allows the system to scale between various aspect ratios and tailor the tech to the proportions of each vehicle's infotainment.

In addition to the immediate benefits of a faster and more responsive infotainment experience, the Android operating system sets FCA up for future growth. This includes planning for autonomous driving initiatives with the addition of a Telematics Box Module which helps to move large amounts of data quickly. 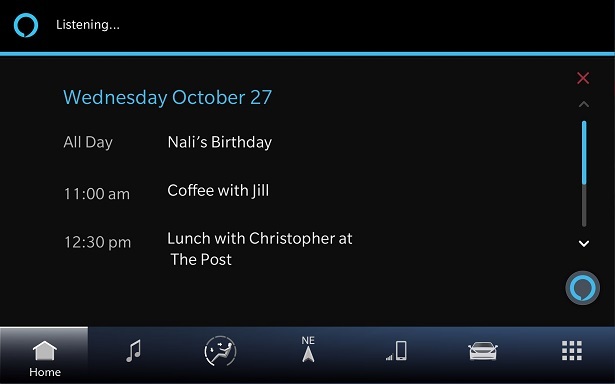 A top goal for the design of the Uconnect 5 system was to reduce driver distractions and make driving safer. This starts with a more intuitive layout and easy to read graphics. Current FCA vehicle owners will find the layout of the design to be familiar but updated with modern graphics, simple gradients, and the absence of 3D shapes and shadows which can make the system hard to read and use. Simplified fonts and graphics help the driver find what he needs quickly and keep his eyes on the road.

The Uconnect 5 system's layout with a customizable home screen and personalized widgets help drivers get to what they need with one touch and reduce the amount of time searching for controls. For example, an interactive customizable status bar lets the driver turn on the heated seats without leaving navigation.

Even better than looking at the screen for less time while driving is not looking at it at all. Luckily, the system's voice control is improved to minimize distractions. This feature is upgraded with a new voice recognition engine with software, microphone technology, and natural voice capability. The new software is able to identify more tone variations and can separate commands from background noises. Drivers can now use statements similar to those they'd use in speaking with a passenger such as “Find an available EV charging station near me.” 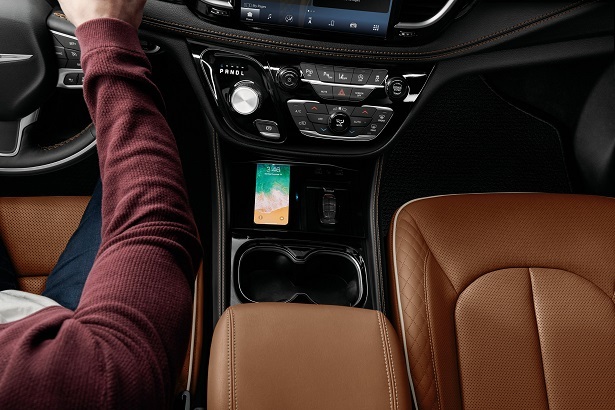 With society's increasingly digital and mobile lifestyles, car shoppers expect their vehicle's infotainment system to do just about everything their smartphone and home technology systems can do. With this in mind, FCA added important features to the Uconnect 5 system like Amazon Alexa, wireless Apple CarPlay and Android Auto, and dual-phone connectivity.

Alexa is built into the system, allowing the driver to make requests such as 'start the car', 'show the weather', and 'play music'. They can also add items to a to-do list, and check the traffic or the news without taking their eyes off the road. Apple Carplay and Android Auto are currently available in 80% of FCA vehicles and with the launch of Uconnect, the technology will be in 100% of vehicles. Wireless connectivity is added to allow drivers to keep their phones safely stowed while they access their favorite apps.

The new Uconnect 5 system allows two phones to be paired to the system via Bluetooth, allowing a driver and their copilot to both stay connected. The system can manage inputs from two different devices with the ability to name one a priority over the other for various functions, including navigation, phone, music selection, and text messages. 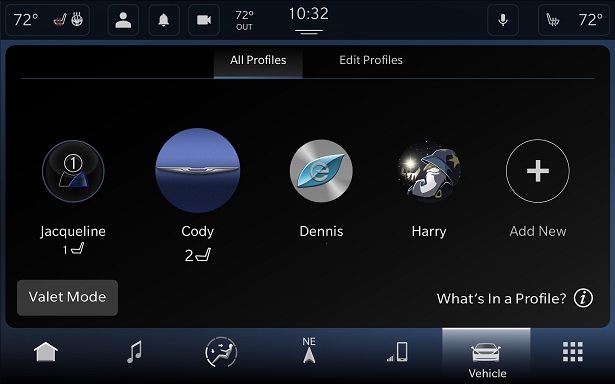 The Uconnect 5 system is designed to be tailored to each of FCA's vehicles as well as to each individual driver. While the same platform will be used across all FCA brands, each brand will have its own screen graphics, colors, and textures that compliment the vehicle's interior. The system is offered in a variety of aspect ratios including standard, landscape, and portrait, offering more flexibility.

“The UX design team worked methodically with each of the design studios to ensure that the system is authentic to the brands it represents,” said Ralph Gilles, Head of Design at FCA. “The team combined artistic details with customer feedback and research to create an experience that is thoughtfully organized, easy to use, and visually appealing.” 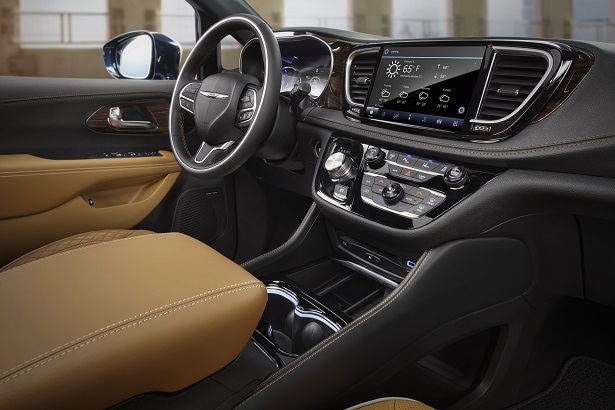 The roll-out of the Uconnect 5 System begins in the 2021 Chrysler Pacifica.

Not only will the system be tailored to each brand, but it is also meant to be personalized to each customer. The customizable home screen enables drivers to create their own interface like they would on a phone. Drivers can choose their most frequently used functions and apps to add to the home screen, making the infotainment faster and easier to use. Multiple pages can be built out to organize and access the most used features and a card-based format allows display screens to be simplified and grouped by individual needs and interests.

FCA recognizes that the primary driver isn't the only one who will want a personalized infotainment experience, and the new system accommodates the need for multiple user profiles. Uconnect 5 allows for 6 individual user profiles to save settings like the cluster and navigation inputs. The easy to use setup lets each user save their preferences like temperature settings, seat position, and mirror placement, and switching between user profiles can be done with one touch.

The new Uconnect 5 system is launching in the 2021 Chrysler Pacifica, followed by a phased rollout to the rest of FCA's brands.