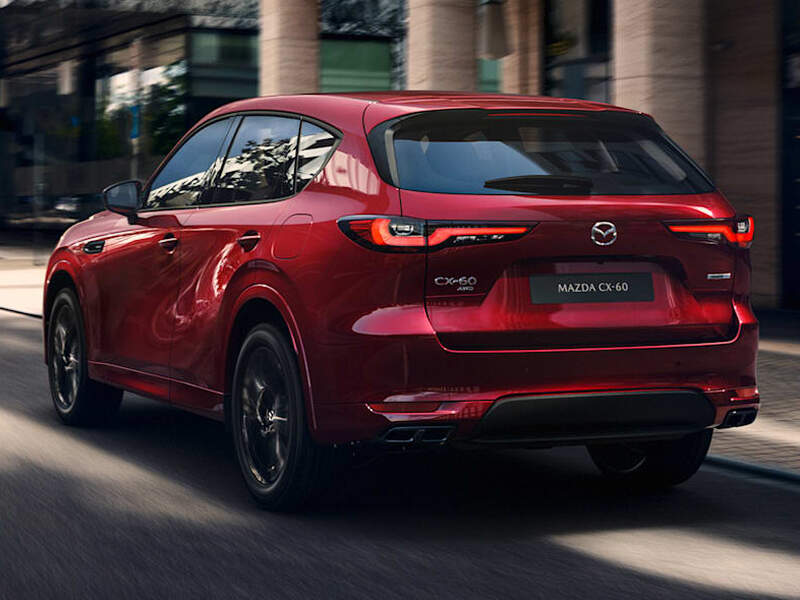 It won't come here, but it shows us what's to come.

Mazda isn't shy about the fact that it wants to go after the premium market, and proof in the pudding is the new Mazda CX-60. It exudes the same handsome aesthetics as the existing Mazda lineup (probably the best-looking stable in the mainstream automotive industry), but it adds a bit of BMW in the mix. That latter statement probably has to do with the fact that the CX-60 is a rear-wheel drive biased model, giving the vehicle a more aggressive stance. It also happens to be the brand's first PHEV. 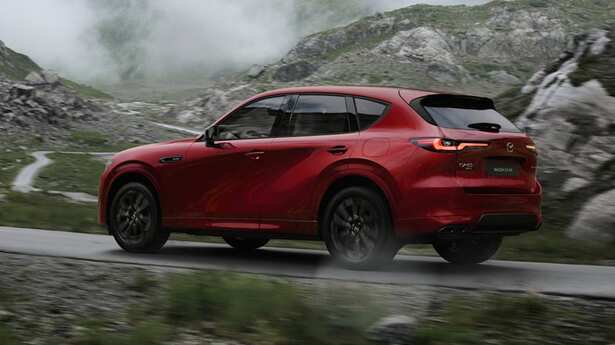 It's an important vehicle for the brand, but take note that the CX-60 actually won't be sold in America. The reason the vehicle matters for us is because it previews what we'll see in the CX-70 that will based on the CX-60 and because the CX-60 is the first vehicle to ride on Mazda’s new platform. Let's take a closer look at the newly debuted PHEV crossover. 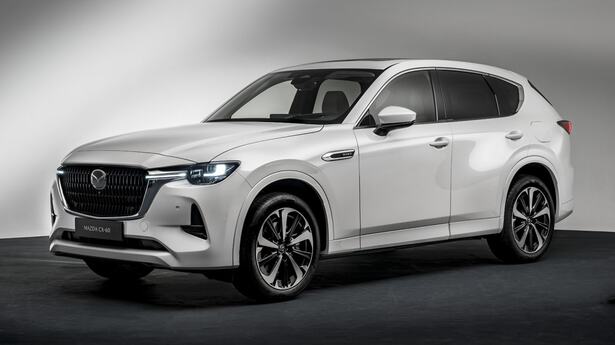 The most important feature is the powertrain. The CX-60 gets plug-in hybrid power that combines Mazda's Skyactiv-G 2.5-liter four-cylinder (currently in the CX-5, CX-50, CX-30, and the Mazda3), and a 134-horsepower electric motor. The power output is a significant 323 horsepower and 368 lb-ft of torque, which makes the CX-60 the most powerful production Mazda ever made, eclipsing the now gone Mazdaspeed3's 263 horses by a significant amount.

It also gets a new eight-speed automatic transmission that drives all four wheels (standard), and the configuration is rear-drive-biased, which means the driving dynamic should feel different from its FWD stablemates. The PHEV version is AWD only, and there will be multiple drive modes such as Normal, Sport, Off-Road, and Towing. In addition, the CX-60 PHEV gets a dedicated EV mode. 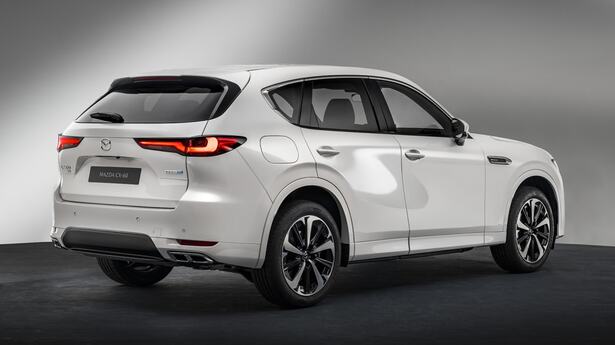 For the PHEV version, the 17.8-kWh battery pack should offer up to 39 miles of electric-only range, which is pretty impressive. Theoretically, most folks should be able to do their daily commute without using the gas, as long as their driving habits are pretty conservative. This is rated on the European WLPT cycle, which means EPA estimates will be lower if this is the same powertrain found in the upcoming CX-70. 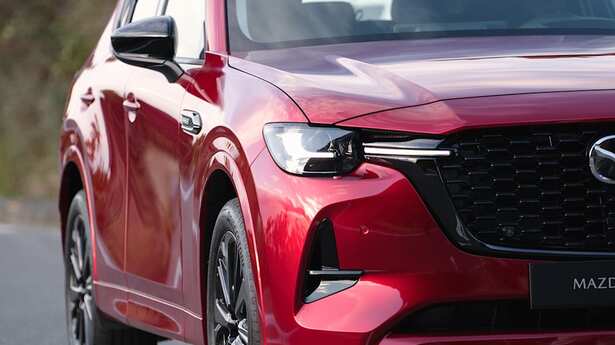 Even more impressive than the PHEV is the fact that the CX-60 will be the first recipient of the brand's new inline six-cylinder engines: a naturally aspirated 3.0-liter Skyactiv-X engine and a turbocharged 3.3-liter diesel engine will provide even more power and torque. Instead of full hybrid power, these models will likely get a 48-volt mild-hybrid assist to enhance performance and a bit of efficiency. There are no horsepower or torque figures disclosed, but both engines can be configured with rear-wheel drive and all-wheel drive. 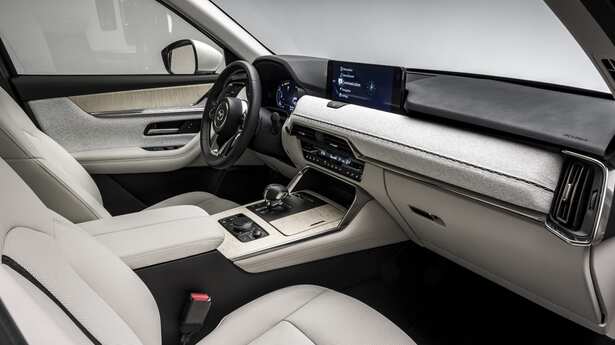 There's no question that Mazda makes some of the best interiors in the industry, and the CX-60 is more evidence of that. The styling evolves beautifully with a textured, linen-like fabric dash and door panels. There's even something called Kakenui stitching on the large dash panel that reveals contrasting materials under the stitches It's like nothing we've ever seen and adds a level of refinement to the already stunning Mazda interior design. In higher trimmed models, the CX-60 also gets other fancy materials such as real Nappa leather, lovely and light-hued natural maple wood trim. 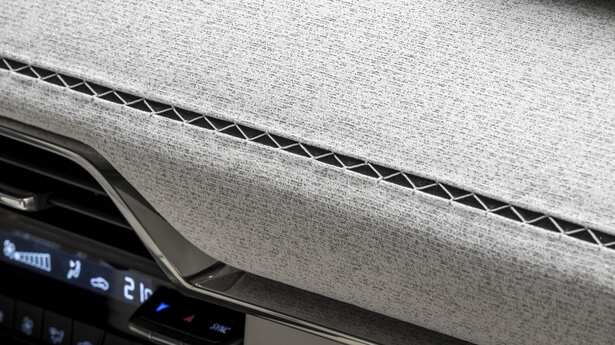 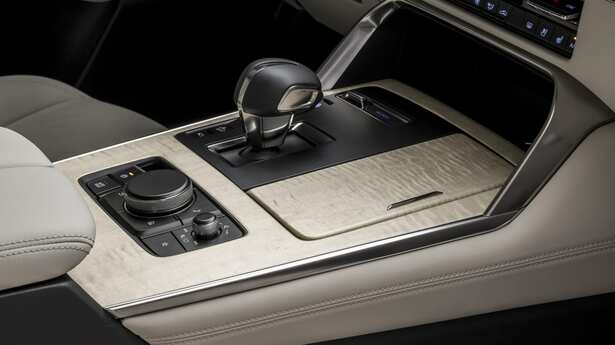 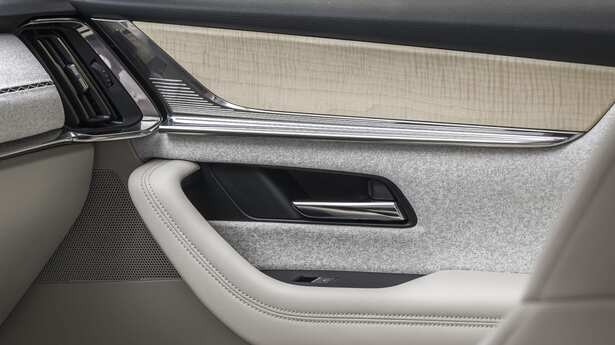 The CX-60's infotainment system is a standard 12.3-inch portrait screen. While it looks similar to the current system, it looks like the graphics have been upgraded. Mazda also says the system is more responsive, and there are additional functions. The CX-60 also gets wireless. Apple CarPlay and Android Auto, a new facial recognition system with memory for seating, climate control, and other settings that adjust when the system recognizes the driver. Pretty cool. No more pressing the wrong memory button on the door like most other systems are prone to. 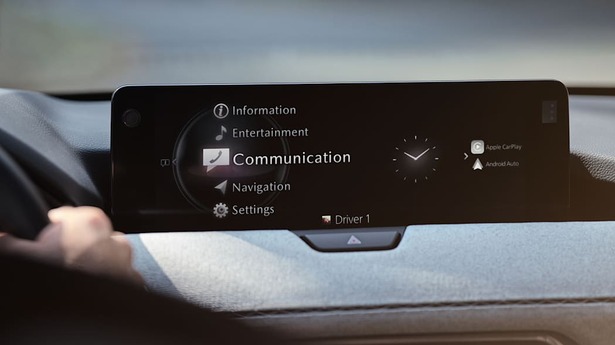 The CX-60 will start selling in Europe this year, and we will get two new versions, the two-row CX-70 and the three-row CX-90, which replaces the current CX-9. Mazda plans on five new models based on the new platform. We're especially excited to see the CX-90, which hopefully will be larger than the CX-9, which happens to be one of our favorite three-row crossovers (but it could use more space). We can't wait to drive the new Mazdas.