Ford and Hyundai Dominate the North American Car, Utility, and Truck of the Year Awards

Ford nabs two awards at the "Oscars of the auto industry" 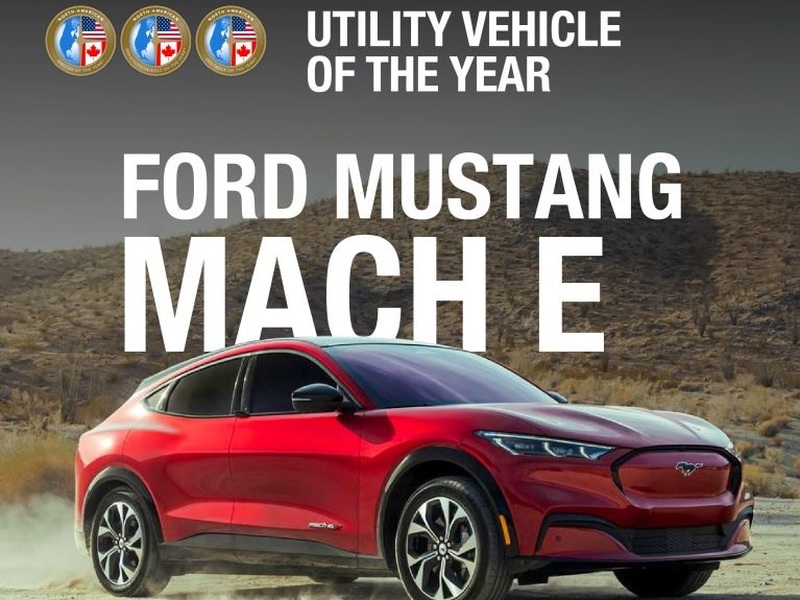 If you tell us you're in the market for a new vehicle, we can predict, with a fair amount of certainty, that you're looking for a car, SUV, or truck. Among the three most popular segments are dozens of new, refreshed, and redesigned models that claim to be better than ever (and better than the competition). While the competitive nature of the auto industry brings the latest and greatest cars to consumers, it can also make the car-shopping process more laborious. That's when it helps to look to the experts.

Since 1994, the North American Car, Truck and Utility Vehicle of the Year (NACTOY) awards have crowned a winner in each respective segment based on factors like segment leadership, innovation, design, safety, handling, driver satisfaction, and value for the dollar. The jury consists of 50 professional auto journalists from the U.S. and Canada who come from a variety of outlets including magazines, websites, TV, and radio. This year, Ford emerges victorious in the truck and utility segments while Hyundai triumphs in the 'Car of the Year' category. 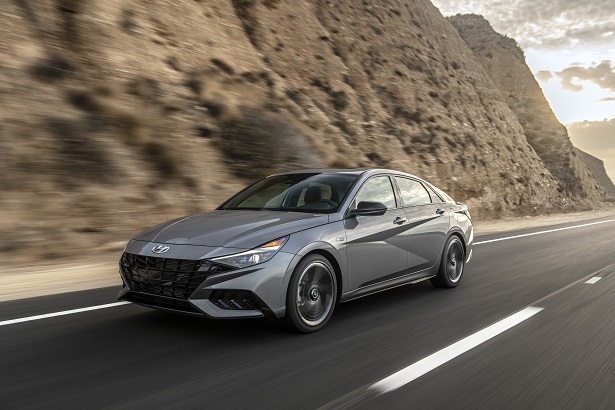 The passenger car segment is dwindling, but while some automakers are giving up on the segment, others are doubling down. The Hyundai Elantra beat finalists including the Genesis G80 and Nissan Sentra to win the title of North American Car of the Year, and we're happy to give it a standing ovation.

The 7th generation Elantra is one of the most attractive compact sedans on the market, and with the addition of the new Elantra N Line, the sedan gets a sporty makeover including a blackened grille, gloss black trim, a diffuser, twin tailpipes, and a thin lip spoiler. An improved suspension is added to the N Line, while the new Elantra Hybrid gets an impressive EPA estimated fuel economy rating of 50 MPG. 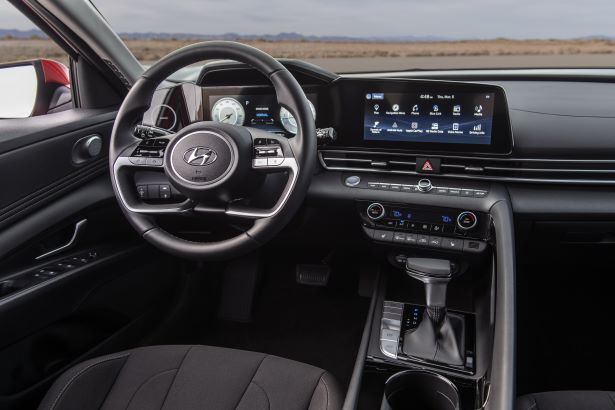 “It is refreshing to see an automaker so committed to the sedan segment that at launch they offer such a wide variety of models as is in the Hyundai Elantra family,” said Senior Executive Producer/Host at Maryland Public Television/MotorWeek and NACTOY juror John Davis. “Hyundai did not do the drip-drip of the model variants over a longer term as is typical for the class." 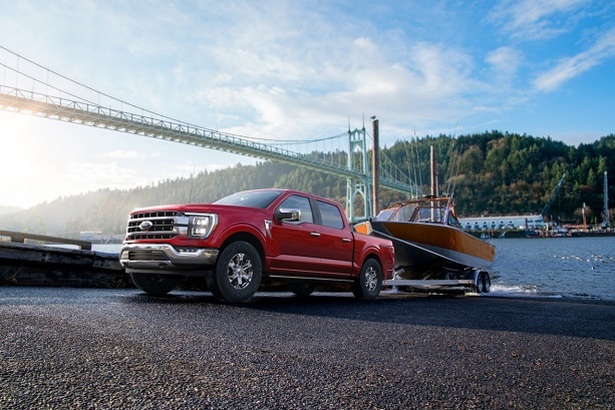 Ford was honored with not one, but two NACTOY awards this year for the Truck of the Year and Utility of the Year. In addition to the Ford F-Series landing the #1 spot for best selling trucks of 2020, the all-new Ford F-150 was crowned the North American Truck of the Year after beating out finalists including the Jeep Gladiator Mojave, and the Ram 1500 TRX.

The 2021 Ford F-150 gets better in just about every way starting with six upgraded engine options including the first-ever hybrid for class-leading horsepower and torque. The F-150 also gets a more refined exterior with multiple grilles and tailgate iterations. Inside, drivers will find improved tech and unique features like the "Max Recline" front seats that fold flat, and an interior work surface that creates space on top of the center console for the driver's laptop or notebook. 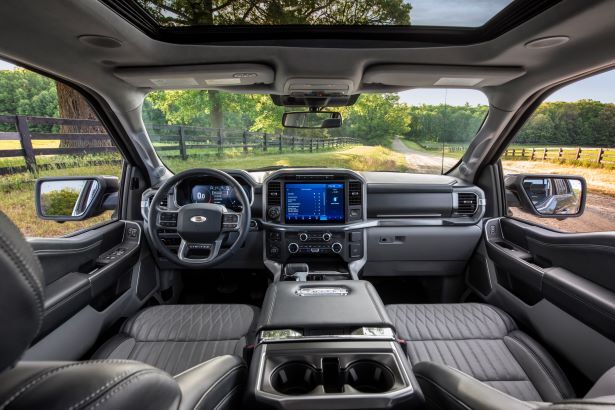 “The F-Series is Ford’s crown jewel, not to mention the highest-selling vehicle lineup in the U.S. for 40 years,” said freelance auto reporter, analyst and NACTOY juror John Voelcker. “The latest version refines the package, keeping what’s good, updating as needed, and delivering the right mix of features, capabilities, comfort, and style—with the added benefit of the first hybrid powertrain in almost a decade to debut in a full-size pickup truck.” 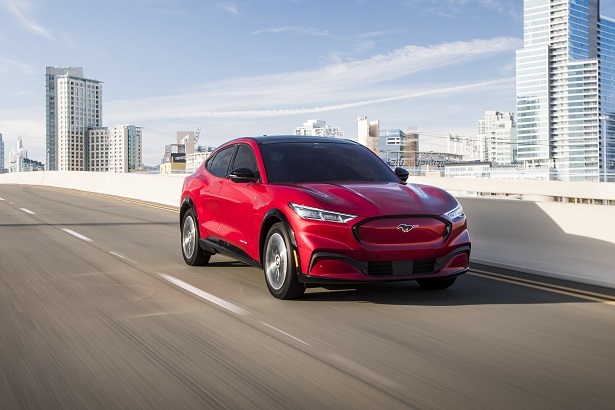 The first electrified Mustang Mach-E speeds past finalists like the Genesis GV80 and Land Rover Defender to claim the North American Utility of the Year award. Ford believes the Mach-E was able to beat the luxury SUVs thanks to its development process which catered to the customer's needs and desires, blending sleek styling with spirited handling.

Marrying muscle car looks with the practicality of an electric SUV, the Mustang Mach-E is the first vehicle to use the Mustang name outside of the original. Styling elements like the big faux grille, dramatic sloping hood, muscular body, and slanted headlights are unmistakable Mustang, but under the hood is an entirely new beast. The Mach-E is available with a standard-range 75.7-kWh battery or an extended range 98.8-kWh battery paired with upgraded electric motors. The standard setup offers 255 horsepower, 306-lb-ft of torque, and a range of 230 miles. The extended range models get up to 300 miles, inching closer to the Tesla Model Y's 326-mile range. 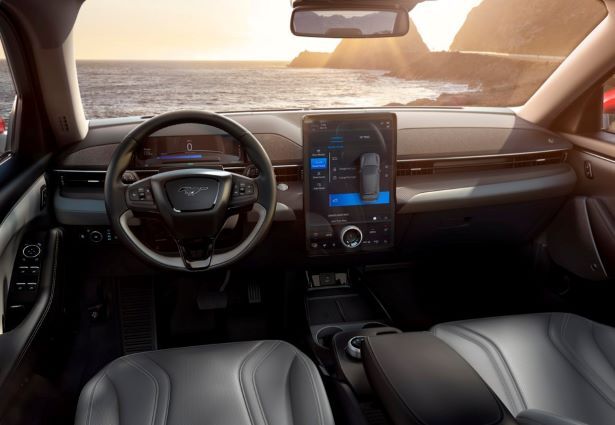 “The Mustang Mach-E leapfrogs European EVs as the Tesla Model Y’s most formidable challenger yet. Like Tesla, Mach-E understands that the premium EV market is as much about interior tech as it is about torque,” said Detroit News Auto Critic and NACTOY juror Henry Payne.